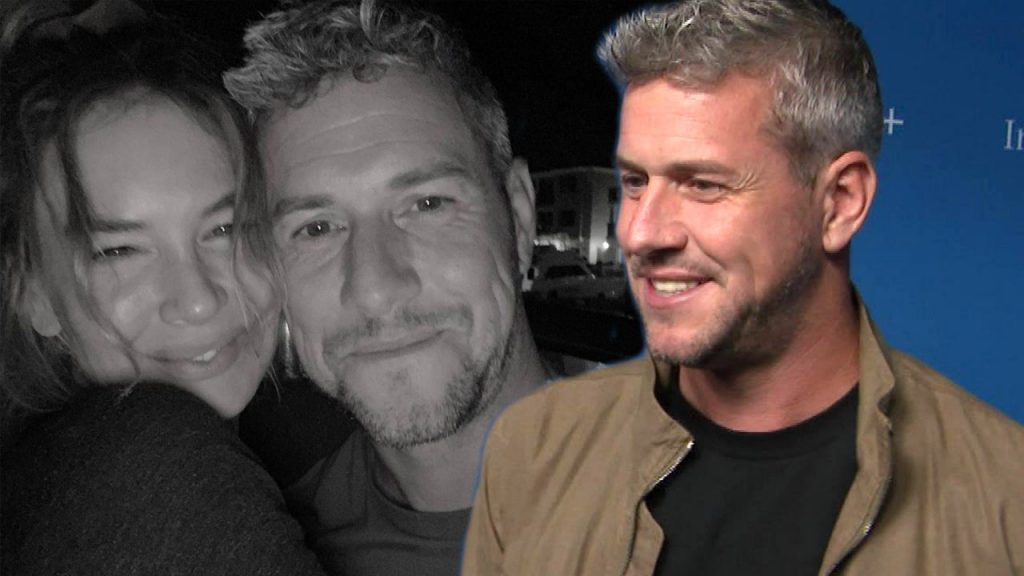 Who dat? It’s Renee Zellweger enjoying some pigskin with Ant Anstead and his 2-year-old son, Hudson!

The Celebrity IOU: Joyride host posted a couple of Instagram Stories on Thanksgiving Day as the trio enjoyed the Buffalo Bills-New Orleans Saints game at Caesars Superdome. The Saints hammered the Bills, 31-6, but the blowout didn’t deter the family from enjoying the scenery.

Anstead, who shares Hudson with ex-wife Christina Haack, posted one picture showing Zellweger holding Hudson in her arms as he stared into the camera with his mouth wide open, perhaps cheering on the marching band’s performance. In another photo, Hudson’s all smiles as he shows off a slew of beads hanging around his neck.

It’s no surprise 52-year-old actress and 42-year-old TV personality hit up the Saints game. Zellweger’s currently in The Big Easy filming her latest project, The Thing About Pam. Anstead himself has been spending quite some time down there visiting his girlfriend. Just last month, Anstead took to Instagram to share a photo of himself kissing Zellweger while in New Orleans.

They’re clearly smitten. He captioned the pic saying, “WOW there is something very special about New Orleans! The late night wandering, the mind blowing history this nerd loves, the architecture, the blend of cultures, the food, the people, the smells and noises! All made made better by magical company to share it with…. ?.”

Anstead previously opened up to ET about unexpectedly falling for Zellweger while shooting his show, Celebrity IOU: Joyride. They made things Instagram official in August.

“Sometimes things come to you at the right time, and actually the right time is often the most unexpected,” he shared. “There’s absolutely no way it was something I expected, but there’s something magical in that, right?”