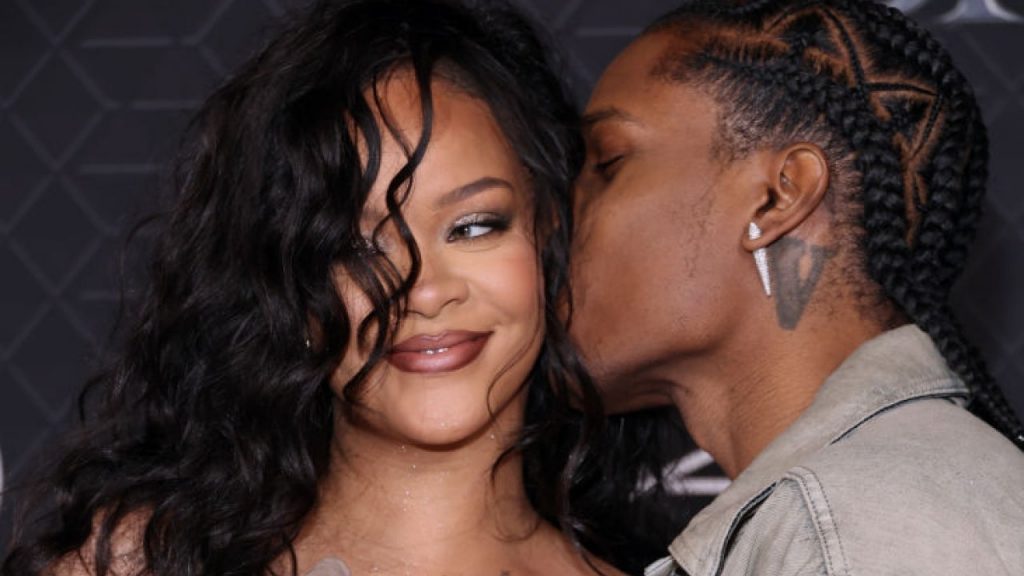 Rihanna has a lot on her plate, including headlining the 2023 Super Bowl Halftime show, making her solo musical comeback after six years and releasing the controversial fourth volume of the Savage X Fenty Show. But according to the singer, nothing tops her first priority — being a mom.

The 34-year-old welcomed her first child, a son, with rapper A$AP Rocky in May. When ET’s Rachel Smith spoke with the “Love on the Brain” songstress on the red carpet for the premiere of Savage X Fenty Show Vol. 4, she lit up when reflecting on the best part of her new role in life so far.

“Oh my god, the mornings, like, seeing his morning face! Seeing a baby with, like, little bags and waking up and they’re just, like, startled. They’re trying to figure out where they’re at. It’s the cutest, it’s my favorite part of the day,” the singer said, gushing about her favorite moments as a mother.

Rihanna noted that she “cherished” moments like that with her son, also admitting that she has already taken to singing to the baby, making “freestyle” songs whenever she can.

Being a mom isn’t just getting Rihanna back in the musical mood. The singer revealed that having her son has also sparked some ideas for another fashion line.

“You know, I always thought doing kid stuff would be cliche and the obvious thing to do when you have a baby. It’s, like, the obvious next step,” she mused. “But when I went shopping, that’s when I realized like, OK, maybe I need to start making the stuff that I want my kids to wear because it’s hard! I got my own ideas.”

She joked that she didn’t want to give out all her ideas just yet, but FENTY Baby could be on the horizon! Until then, fans will have the Savage X Fenty Show Vol. 4 Collection available to shop in the Amazon Fashion store and at Savage X Fenty on Nov. 9.

According to a press release, the new collection is “an homage to self-expression and personal empowerment,” featuring disparate textures, unexpected detailing, and unconventional proportions “that come together seamlessly to create a boundary-bending xperience for everyBODY.” The collection offers bra sizes ranging up to 46DDD/42H and underwear, sleepwear and loungewear ranging from XS-4X/XS-XXXXL.

Viewers will see the new looks when the show airs on Prime Video, which promises to challenge tradition and break boundaries with a new all-star lineup of models, actors, some of the biggest names in music and more.