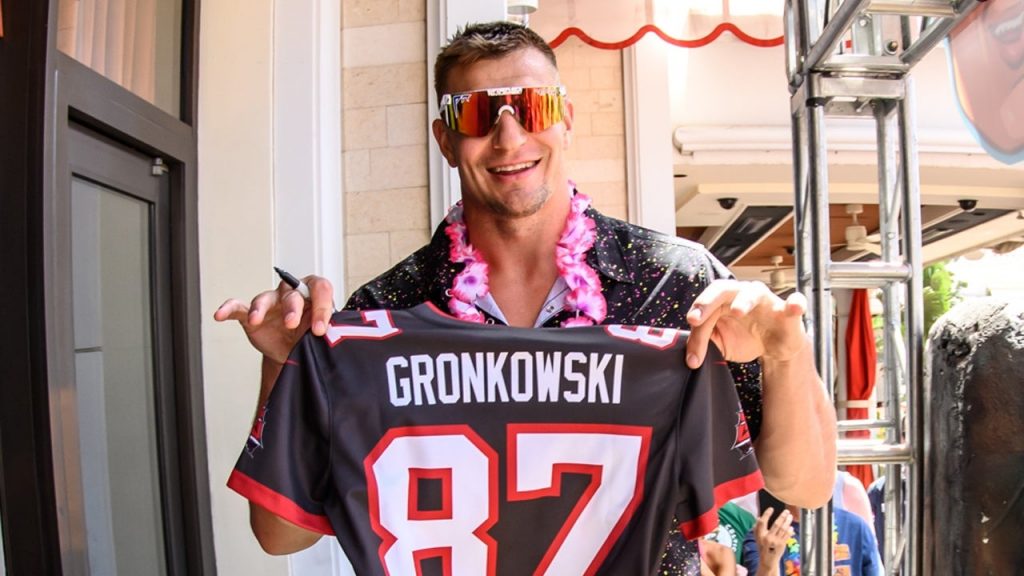 ‘Loren & Alexei’: Loren Discusses Moving to Israel With Her Frie…

Adele Serenades Boyfriend Rich Paul for His Birthday During Vega…

Inside Blake Shelton’s Music Career: ET’s Best Moments With the …

Joanna Gaines Hospitalized Before the Holidays After Suffering I…

Stephen ‘tWitch’ Boss’ Cause of Death Confirmed by Coroner

Todd and Julie Chrisley Will Start Prison Sentences in January

Remembering Whitney Houston: Inside Her Rise to Fame

Rob Gronkowski is going back to where he perfected his legendary partying skills and throwing one of the most epic parties when he plays host to a star-studded event in Arizona ahead of Super Bowl LVII.

The former NFL star and four-time Super Bowl champion is heading to Scottsdale, Arizona, for his “Gronk Beach presented by The Beast Unleashed” event, which will feature headliners like 21 Savage, Diplo and Lil Jon. The former University of Arizona superstar will kick things off Saturday, Feb. 11 at Talking Stick Resort beginning at noon.

It’s the third event of its kind for the twice-retired NFL star, who previously hosted sold-out events in Miami (2020) and Las Vegas (2022). There will also be a so-called “Gronk Beach” at the Corona Beach Experience, where fans will have the chance to see a slew of celebrities face off in Gronk’s Celebrity Beach Volleyball game. Tickets go on sale Thursday at 9 a.m. PT.

“You may not see me playing in the big game this year, but there’s one thing I’m not retiring from and that’s having a great time!” the former Patriots and Buccaneers star said in a statement. “You’ll get what you expect from me (and more) at Gronk Beach — great music, flowing drinks, lots of dancing, and basically the most exciting event of the weekend outside of the Big Game itself.”

The festivities will be a pre-gamer to Sunday’s Super Bowl LVII at State Farm Stadium in nearby Glendale, Arizona.

The star-studded event will come nearly eight months after Gronk bid the NFL adieu for the second time earlier this year, when he announced his retirement after 11 glorious seasons in the NFL.

Gronkowski, who made more than $70 million in the NFL but has reportedly not touched that money while relying only on his endorsement deals, first announced his retirement in March 2019 after nine seasons with the Patriots and three Super Bowl wins. His retirement, however, didn’t last long. Soon after, his buddy, quarterback Tom Brady, brought Gronkowski out of retirement to join him in Tampa for the 2020 season, their first year with the Bucs. They’d go on to win Super Bowl LV soundly in 2021 against the Kansas City Chiefs.

Rob Gronkowski Reacts to Tom Brady Coming Out of Retirement

‘Party Like a Player’ With the Help of Rob Gronkowski and Groupon!