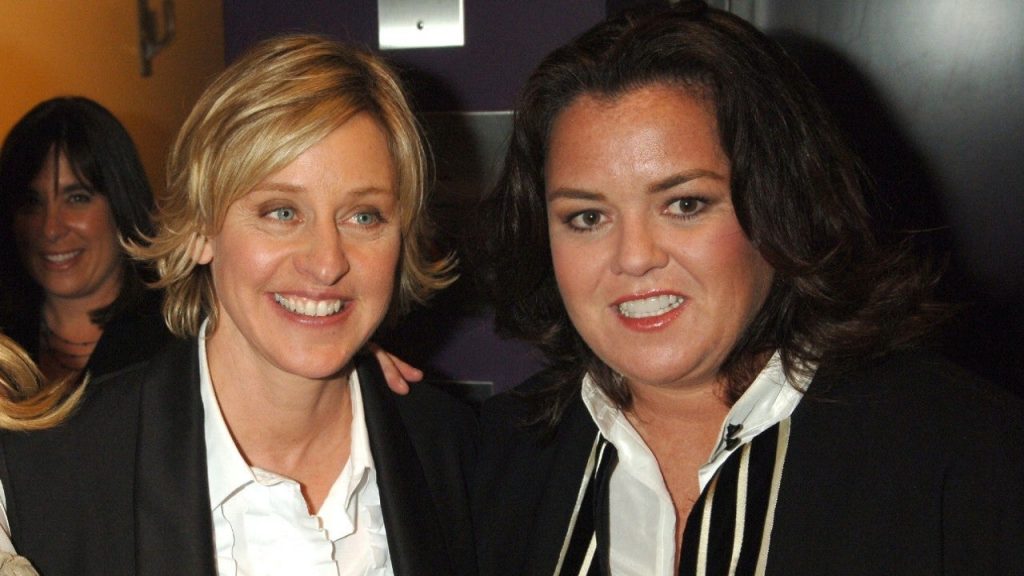 Drake Milligan Reacts to ‘Sounds Like Something I’d Do’ Performa…

As a daytime talk show veteran, Rosie O’Donnell may have paved the way for Ellen DeGeneres, but the 60-year-old actress and TV personality never appeared on DeGeneres’ long-lived talk show.

DeGeneres, now 64, jokingly came out as “Lebanese” on The Rosie O’Donnell Show in 1996 ahead of her character coming out as a lesbian on her show Ellen. At the time, O’Donnell hinted that she too was a member of the LGBTQ+ community years before she publicly came out. But O’Donnell never appeared on The Ellen DeGeneres Show.

On Thursday’s Watch What Happens Live With Andy Cohen, a fan asked why O’Donnell never appeared as a guest throughout the 19-season run of DeGeneres’ famed talk show.

“We had a little bit of a weird thing,” O’Donnell told Cohen of DeGeneres. “After my show went off the air and hers was coming on the air, Larry King was on with Ellen and he said, ‘Whatever happened to Rosie O’Donnell? Her show went down the tubes. She came out as a lesbian and disappeared!’ And Ellen said, and I’m quoting, ‘I don’t know Rosie. We’re not friends.'”

O’Donnell was stunned by the moment, saying, “I was in bed with Kelli [Carpenter, O’Donnell’s first wife], and I said, ‘Did I just hear that or was that a hallucination, auditory voice in my [head]?’ It hurt my feelings, like a baby, and I never really got over it.”

O’Donnell shared that DeGeneres’ team asked her “once towards the end” to come on the show. She requested to bring someone with her to make it “a little less awkward,” but said the show “didn’t want to do that” and so she passed.