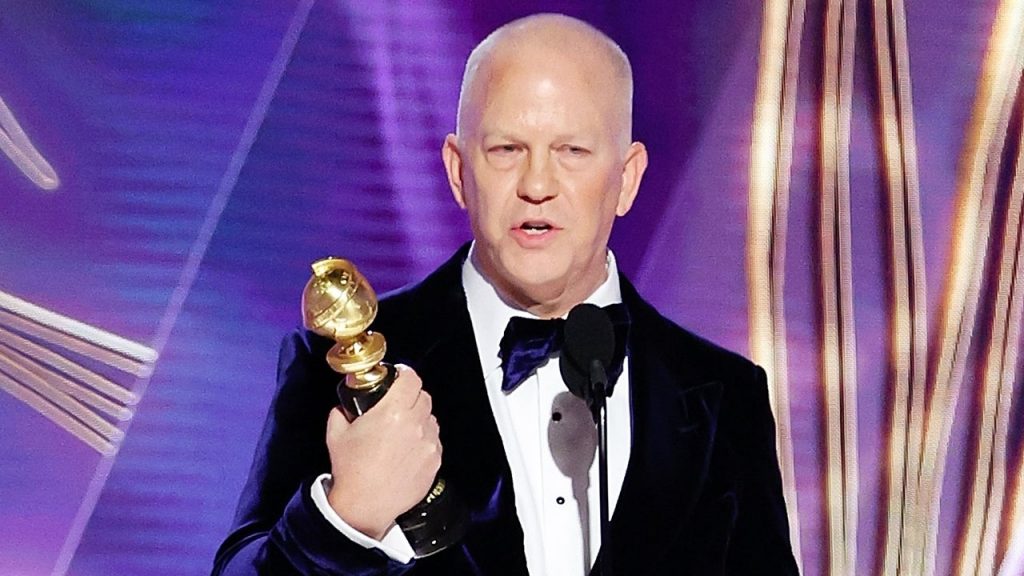 Ryan Murphy may have been receiving a lifetime achievement award at the 2023 Golden Globe Awards, but he used the moment to shine the spotlight on his colleagues.

Murphy, who received the fourth Carol Burnett Award, which honors those who have had a lasting impact on the television industry and with audiences, on Tuesday, not only praised Mj Rodriguez for her untelevised 2022 win, he also ushered a standing ovation for Rodriguez, who made history by becoming the first transgender actor to win a Golden Globe.

“Here’s how I’d like to start,” Murphy began. “A year ago, the Golden Globes weren’t televised, but the show did go on. And I was so thrilled when it was announced that Mj Rodriguez, from my show, Pose, had been awarded Best Actress in a Drama Series. In doing so, Mj from Newark, New Jersey, became the first trans actress ever to win a Golden Globe.”

“And I thought, ‘Wow, how I would have loved for Mj to be on this stage getting the standing ovation she deserved for making history,” he continued. “And I’m thrilled to say that Mj is one of my guests tonight. She’s here at my table so, Mj, please stand up and let’s give her the ovation that she deserves.”

Rodriguez wasn’t the only actor Murphy praised in his speech, with the prolific TV producer shouting out Matt Bomer, Niecy Nash, Billy Porter and a host of other LBTQ+ actors who have worked alongside him.

Speaking of the honor, Murphy remarked on how far the world has come and what it means for him to be receiving the award.

“I have dedicated most of my lifetime achievement speech here tonight to these wonderful actors I worked with to make a point of hope and progress,” Murphy explained. When I was a young person at home in the ’70s watching The Carol Burnett Show, I never, ever saw a person like me getting an award or even being a character on a TV show.”

He continued, “It’s hard being an LGBTQ kid. In fact, all over the world then, and now. And I have one word for you — Florida. You are often told you will never become anything, you have to hide your light to survive. But for those kids watching, tonight I offer up Mj and Billy and Niecy and Matt and Jeremy as examples of possibility.”

“There is a way forward,” Murphy maintained. “Use them as your north stars. For 25 years, that’s all I’ve ever tried to do here. My mission was to take the invisible, the unloved, and make them the heroes I long to see but never did in pop culture.”

Murphy stands to win even more trophies as the night continues. A five-time Golden Globe winner and 16-nominee, his latest hit Netflix series, Dahmer – Monster: The Jeffrey Dahmer Story, received a total of four nominations this year, including Best Limited or Anthology Series or Television Film.