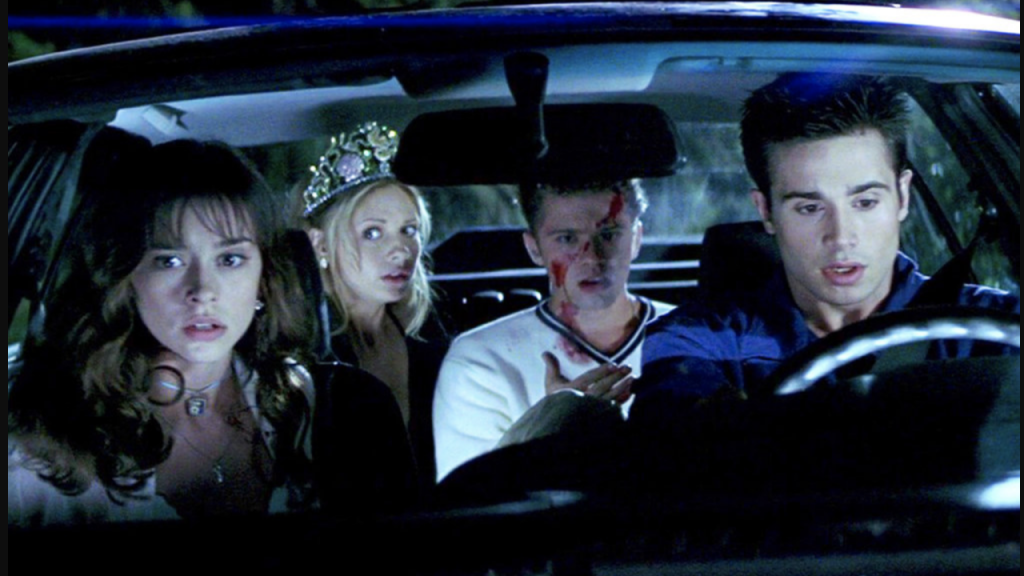 Ryan Phillippe is reflecting on one of his first major movie roles as it approaches a milestone anniversary. The actor sat down with ET’s Matt Cohen this week to promote his suspenseful new film, Collide, and took a moment to look back on one of his first thrillers, I Know What You Did Last Summer.

The teen slasher flick celebrates its 25th anniversary this October, and Phillippe noted with a laugh, “It just makes me feel like a dinosaur, honestly.”

“I mean, I do remember a fair amount, because it was only my second or third movie and I was so excited to do it,” he added of the horror film, which co-starred Jennifer Love Hewitt, Sarah Michelle Gellar and Freddie Prinze Jr. as a group of teens who commit a hit-and-run on a pedestrian, only to be terrorized by a killer threatening to reveal their deadly secret.

“Nothing but good memories from that period of time… I was 19 years old when I made that movie, so it has a lot of young sort of memories related to it, but I am happy to have done it for sure,” Phillippe reflected, sharing that his early films were the beginning of some lifelong friendships. “I just recently saw Sarah Michelle, and we got together for Selma [Blair]’s birthday recently.”

The actor’s latest thriller, Collide, follows three couples who cross paths over the course of an evening in a Los Angeles restaurant. Phillippe and Kat Graham play one of the couples, who are on a blind date in the movie.

“One of the most interesting things for me about this process was that Kat and I hadn’t really met or spent time around each other until we sat down and started filming, which was very cool,” he shared. “We really didn’t know much about each other at all before we started, so it kind of felt very true to what our characters were experiencing.”

The father of three has also passed the acting bug on to his 18-year-old son, Deacon, whom he shares with ex-wife Reese Witherspoon. Deacon is set to make his on-screen debut on season 3 of Never Have I Ever. He also recently graduated high school and is heading to college in the fall.

“I am so proud. He’s about to go to college for music. That’s his primary focus. The acting thing he likes to do, and he will do according to what his appetite for it is, but his focus is primarily music,” the proud dad shared. “The music, he’s actually dropping a mixtape this Friday on SoundCloud. It’s incredible. I’m so excited for people to hear. It’s really good stuff. I’m super proud.”

See more in the video below. Collide is in theaters Aug. 5 and available On Demand Aug. 12.

‘I Know What You Did Last Summer’: Looking Back on the Slasher Classic 20 Years Later