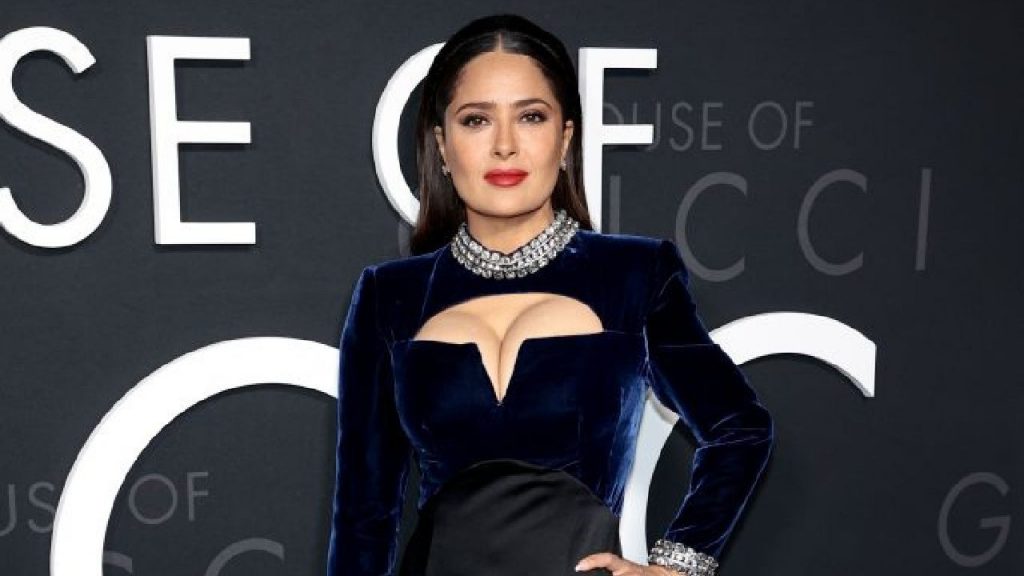 Salma Hayek is letting us in on her ultimate skincare secret. ET’s Lauren Zima spoke to the 55-year-old actress at the premiere of House of Gucci in New York Tuesday night, where she shared just how she gets that gorgeous glow.

She continued, “If you get a good one, you’ll be surprised how hydrating it really is, especially ’cause I fly a lot.”

That’s not the only secret Hayek revealed Tuesday night. The actress, who was sporting a long, black Gucci gown at the film’s premiere, said that she once purchased a fake designer bag, a major point of contention for Lady Gaga’s character, Patrizia Reggiani, in the film.

“A very, very, very long time ago, there was a girl in my building that was selling fake Chanel bags, and it was not so much that I wanted to buy it, it’s that she was so relentless,” Hayek explained. “She really needed the money, and she was just so relentless. I ended up stuck with one.”

Hayek, who took on the role of Reggiani’s clairvoyant friend, said she had so many “good memories” from working with Gaga on the film.

“Well, the thing is, I only worked with Lady Gaga,” she shared. “So, I have so many good memories of her, such a good time together and there’s a lot of shocks that she gave me that I really enjoyed, and that I won’t tell you about.”

House of Gucci follows the story of Patrizia and Maurizio Gucci (Adam Driver)’s failed romance, which ended with her allegedly hiring a hitman to murder her husband, the grandson of designer Guccio Gucci. Patrizia was later arrested for the crime and dubbed Vedova Nera or “The Black Widow.” The film is based on Sara Gay Forden’s 2001 novel, The House of Gucci: A Sensational Story of Murder, Madness, Glamour, and Greed.

House of Gucci arrives in theaters on Nov. 24. For more on the film, see below.