Sam Asghari Says He Wants to Marry Britney Spears in ‘the Biggest Wedding in the World!’ (Exclusive) 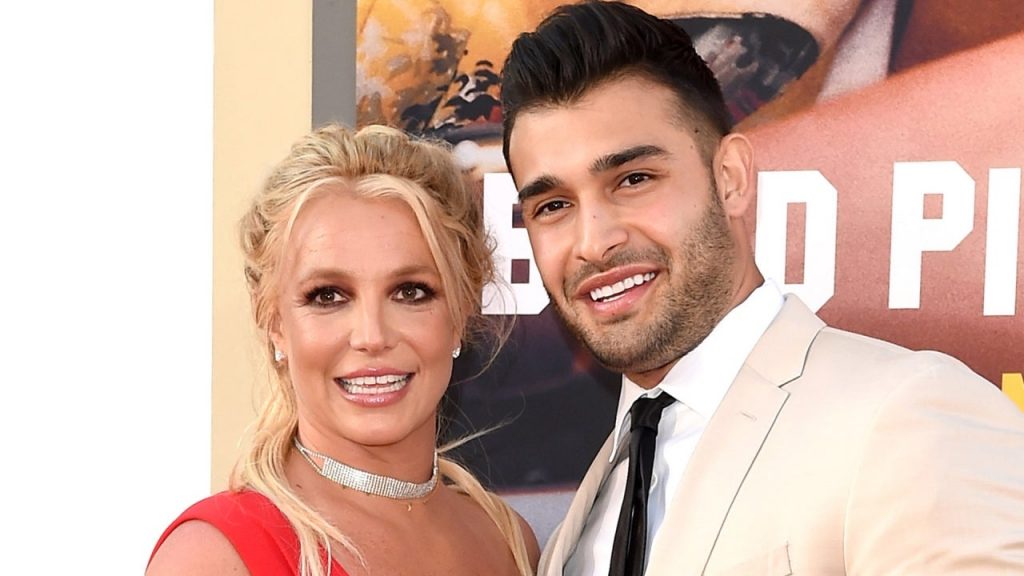 Looking toward the future! Sam Asghari is excited for his relationship journey with fiancee Britney Spears.

The 27-year-old actor spoke with ET’s Lauren Zima on Thursday at the Los Angeles premiere of House of Gucci at the Academy Museum of Motion Pictures, and was all smiles as he opened up about how his ladylove is doing amid her newfound freedom from her conservatorship.

“She’s doing great, I’m great, this is the happiest time of our lives,” Asghari said, beaming. “We’re just enjoying it!”

Speaking about their upcoming wedding, Asghari said it was going to be happening “sooner or later” and that, when it came to the specifics and the planning, “It’s up to her. She’s wearing the pants now!”

That being said, Asghari admitted, “I want the biggest wedding in the world!”

For the two of them — with their relationship moving forward and her destiny in her own hands — Asghari said he’s optimistic about their future, sharing, “From here on out, its amazing. It’s heaven.”

Spears and Asghari got engaged in September, shortly after her father, Jamie Spears, filed court documents to end her 13-year conservatorship. Jamie was later suspended as conservator of her estate.

The couple began dating after they met in October 2016 on the set of the 39-year-old singer’s “Slumber Party” music video. In the video, Asghari played her love interest, before becoming her real-life beau!

For more on the pair’s engagement, check out the video below.

Britney Spears Has Her ATM Cards Back After Conservatorship Ends

PrevPreviousKim Kardashian and Pete Davidson are Dating and ‘Connecting on a Deeper Level,’ Source Says
NextTV OT: Wouldn’t Ed Sheeran at Stonehenge be brilliant? Plus, why ‘Selling Sunset’ is TV’s most addictive reality showNext