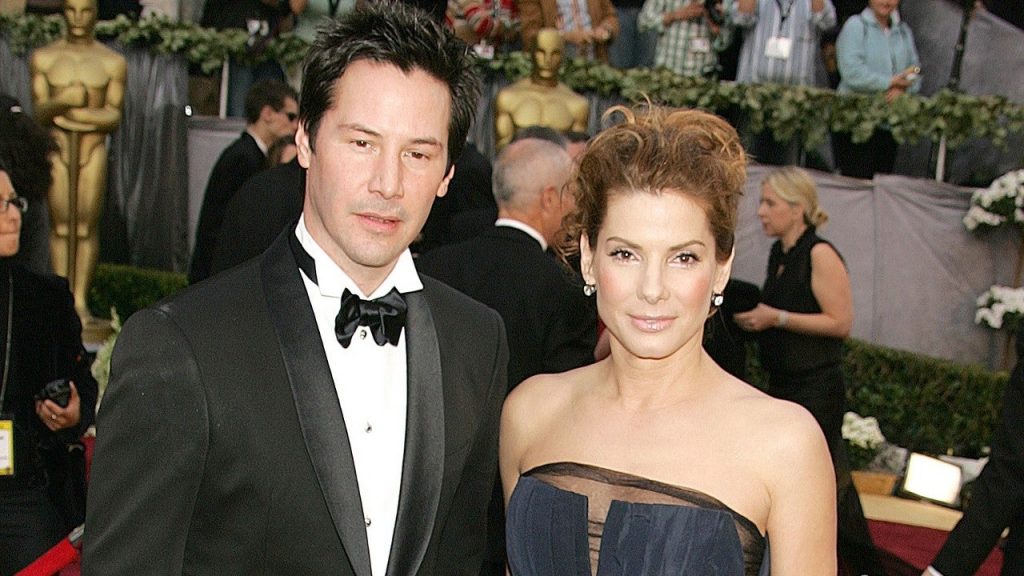 They may have had off-the-charts chemistry on the screen, but Sandra Bullock and Keanu Reeves insist they were never an item in real life. In a profile about Reeves, 57, for Esquire, Bullock, 57, opens up about the romance rumors surrounding them as they filmed 1994’s Speed and 2006’s The Lake House.

“Nope. But who knows? Keanu’s a guy who, I feel like, is friends with every woman he’s ever dated,” Bullock says of her co-star. “I don’t think there’s anyone who has something horrible to say about him. So maybe we could have survived. I don’t know.”

Bullock, who was previously engaged to actor Tate Donovan, dated actors Matthew McConaughey and Ryan Gosling, and married Jesse James, adds that she and Reeves never had to “survive anything” because they never were together romantically.

“We just get to grow up together on parallel roads and tip our hats and meet for a dinner and try to work together,” she says. “And the longer time goes on, the more in awe I am of the human being. Would I have been able to say that if he had dumped me and made me angry? Probably not.”

Back in 2019, ET’s Denny Directo told Reeves that fans would love to see him and Bullock back together on screen.

“So would I!” the star said at the time with a smile.

Bullock also opened up about rumors that she is joining the Marvel Cinematic Universe during an appearance on Jimmy Kimmel Live on Monday.

She shared that her 11-year-old son, Louis, is a big anime and Spider-Man fan, and Kimmel brought up the rumor that she was once supposed to be cast in a Spider-Man film.

“If that were a rumor that my son would have heard, do you know how much I would get him to do in the house? I would be so successful in my requests,” she joked. “Who did they say I was going to be? HIs grandmother or something?”

Kimmel noted the character was Madam Web, who has psychic powers in the comic books.

“So why was I not hired for this? What happened to the talks? I need to know because I think I would be amazing,” Bullock insisted.

Channing Tatum Picks Up Sandra Bullock and Jumps Into a Pool