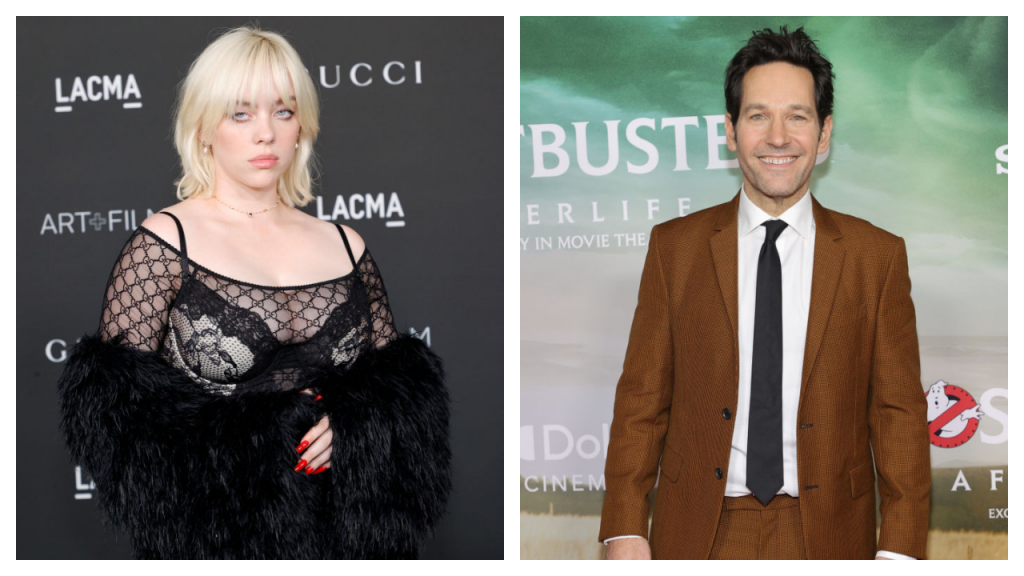 Saturday Night Live is ending its 47th season with a super star-studded lineup of shows that will air live, coast-to-coast.

Billie Eilish will be pulling double duty, making her debut as a host and her second appearance as a musical guest on Dec. 11, performing tracks off her new album, Happier Than Ever.

On Dec. 18, Ghostbusters: Afterlife actor and this year’s Sexiest Man Alive, Paul Rudd, will close out the season, alongside musical guest Charli XCX.

Rudd will be making his fifth appearance as a host on the sketch comedy show, while Charli will be performing for the second time as SNL‘s musical guest, debuting music off her highly anticipated upcoming album, Crash.

This Saturday’s show is set to feature Shang-Chi and the Legend of the Ten Rings star Simu Liu as host, with Saweetie performing as the musical guest.

The “Best Friend” rapper spoke to ET about her upcoming SNL debut ahead of her hosting gig at the MTV EMAs last Sunday, where she shared her reaction to getting invited to perform on the NBC series.

“I screamed,” Saweetie revealed. “It’s a huge deal and I’m just really grateful. Me and my choreographer, Bria Woods, we’re really trying to do something special for them, so make sure you guys stay on the lookout.”

See more from this season of SNL, below.