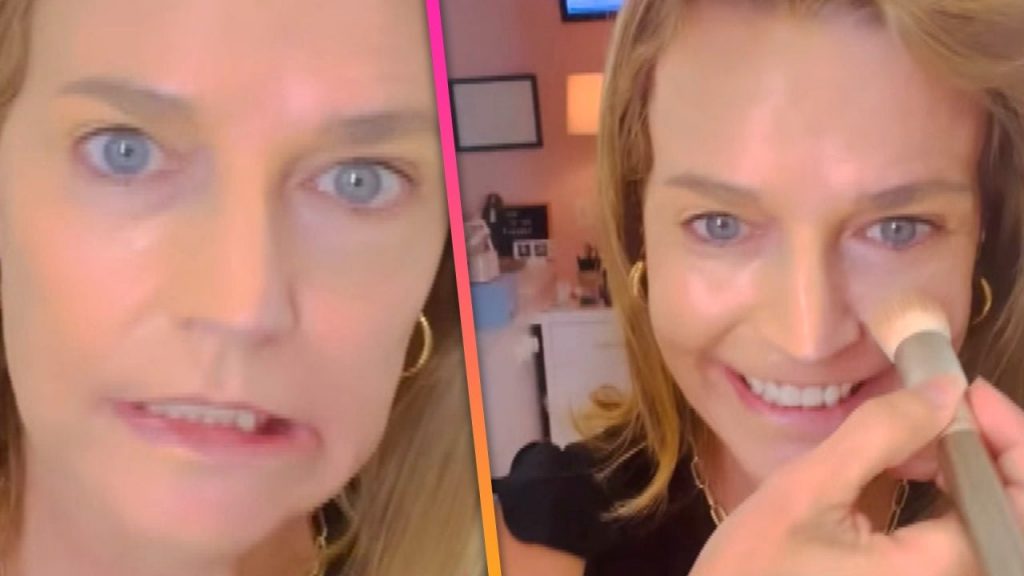 Savannah Guthrie tested her speed skills Thursday morning after missing her alarm and arriving at the Today set with fewer than 20 minutes to spare before the show aired live.

The co-anchor shared her rushed start to the day via Instagram, writing “It’s 6:34 and I’m still in the car?.”

With Today on at 7 a.m, Guthrie had just 20 minutes to complete her hair and makeup before rushing to set as the show began. She posted an update of the glam team working their magic at 6:40, captioning the post “miracle workers,” before heading to the studio with six minutes to spare.

“This is a miracle,” she says in her Instagram video while walking to her seat. “I’m gonna make it!”

Of course, her co-workers didn’t let her off too easily. When Guthrie mentioned that co-anchor Hoda Kotb had the morning off, Craig Melvin joked, “You almost got the morning off too!”

With a laugh, he told the audience, “Savannah Guthrie rolled in about 15 minutes ago, she overslept. She is normal!”

“People normally ask us on morning television do you oversleep? Not very often,” Sheinelle Jones added a bit later. Guthrie chuckled and then replied, “No, not very often… I can’t believe it. It’s a miracle. I’m so happy to be here. Good morning!”

Guthrie’s husband, Mike Feldman, joined her team of supporters later that morning, when Guthrie shared a screenshot of his texts that read, “You made it AND you look hot.”

“Nomination for Husband of the Year,” Guthrie wrote on her Instagram story.

Hoda Kotb and Savannah Guthrie on Their Favorite Celeb Interview

PrevPrevious’90 Day Fianc?’ Tell-All: Kobe Strips Down to His Underwear and Reveals a Surprise (Exclusive)
NextSarah Paulson Has a Dream to Play This ‘Real Housewives of Orange County’ StarNext