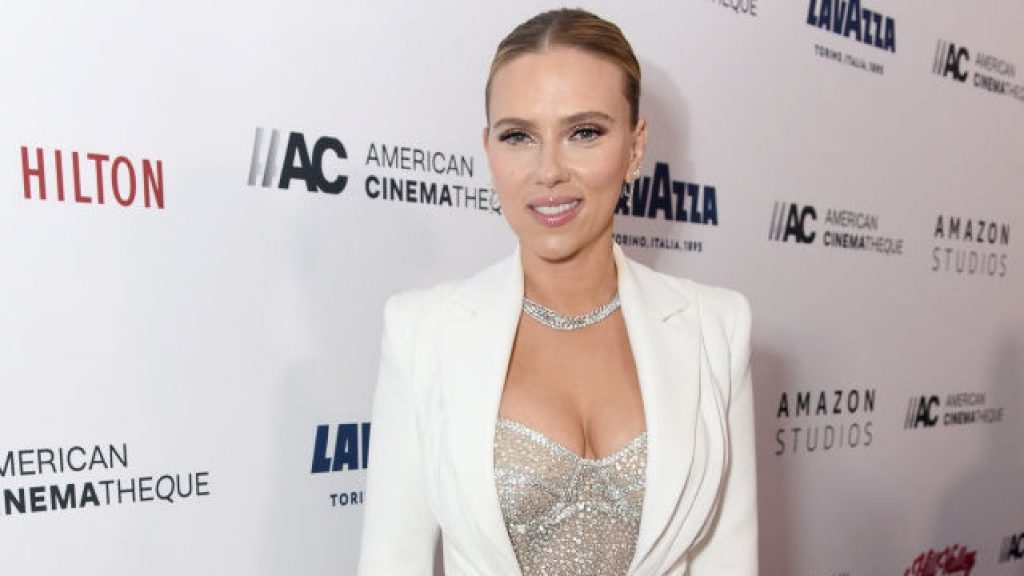 Scarlett Johansson is making her first red carpet since she and husband, Colin Jost, welcomed their son, Cosmo, back in August. The Black Widow star was honored with the American Cinematheque Award at the 35th Annual American Cinematheque Awards Thursday night, where she talked to ET’s Nischelle Turner about leaving behind her “baby bliss bubble” to accept the honor.

“I feel very fortunate that I’ve been able to take this time to really enjoy the early stages of my motherhood with our son,” Johansson shared. “It’s been wonderful. I’m in a ‘baby bliss bubble.'”

The 36-year-old actress’s seven-year-old daughter, Rose, however, is not as taken by baby Cosmo as his parents are.

The award, which is given to someone who has made a significant contribution to the art of the motion pictures, is one that almost had the Black Widow executive producer, who was the first original Avenger to earn that distinction on their standalone project, questioning where she was at in her career.

“When I was first told that I was getting this award, I was like, ‘Wait, is it over? I’m still in the middle of my life, my career,'” Johansson said. “It’s a unique experience, a very special one to just kind of, take it all in. I’m very overwhelmed.”

But it’s hardly the end of the road for the super star, who said she loves her job now, more than she ever has before.

“I’ve been on my path, and I love my job now, more than I ever have before. I think I’m very much focused on getting better, and getting more efficient, and exploring parts of me that are uncomfortable to explore and be curious about those places and using that in my work,” she shared. “I’m very much in the middle of it, so, I haven’t really been able to think about what the legacy means, ’cause I’m just too entrenched in the work right now.”

In receiving the coveted honor, Johansson joins the likes of Julia Roberts, Samuel L. Jackson, Robert Downey Jr. and Bradley Cooper to name a few. The Marvel actress said it still hasn’t sunken in for her yet, but she’s sure it will soon.

“It has not,” Johansson admitted. “No, again, [the] theme here is I’m really behind the ball. I’m sure tomorrow and over the next coming days, I will be able to just go, ‘Wow, I can’t believe that happened to me.’ But I’m trying to be present in the moment. It will hit me though. I’m sure it’s gonna hit me.”