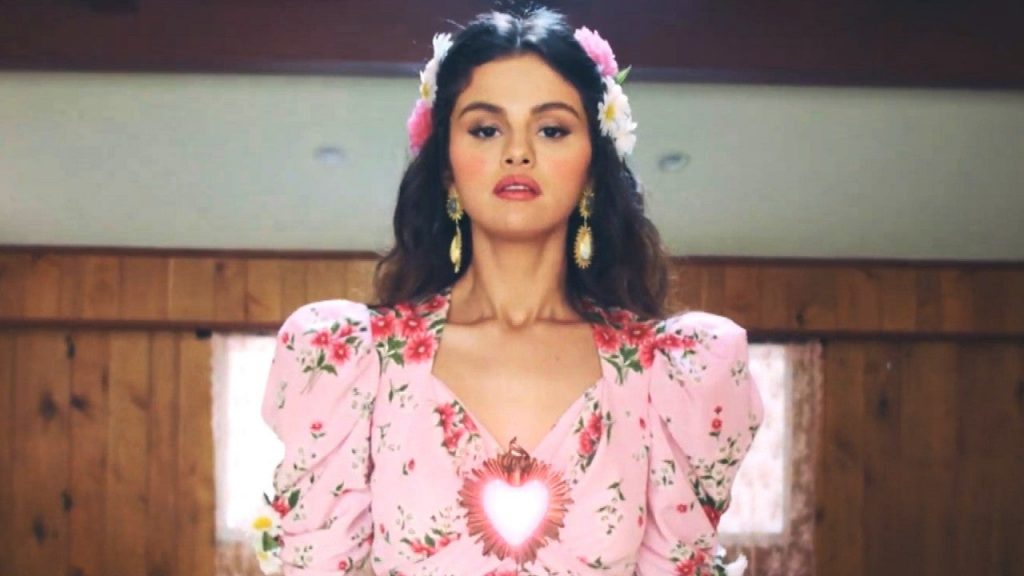 For the first time in her career, Selena Gomez is, at last, a GRAMMY-nominated artist!

It’s been a long time coming for Gomez, who dropped the single “De Una Vez” in January and her EP in March. It’s her first Spanish EP as Gomez embraces her heritage in her new music. Gomez enlisted some of the genre’s most popular Latin creators to get the project off the ground. She teamed up with GRAMMY-winning producer Tainy along with Albert Hype, Jota Rosa and NEON16. Los Perez — comprised of Tania Verduzco and Adrian Perez — also directed her “De Una Vez” music video.

Following the launch of her music video, Gomez thanked her fans with a video she posted on her Instagram Story. “I hope you guys like the album and have so much fun with it, because obviously I’ve been wanting to do this for so, so long,” she said. “And I’m just so grateful,” she shared with a smile. “So I hope you guys like it, and let me know what you think, but I’m just so happy!”

Gomez, who wrote all but one track on her seven-track EP, no doubt has a lot to be proud of especially considering she recorded the entire album remotely during the pandemic. What’s more, Gomez had been eyeing a project like this for quite some time.

“This has been something I’ve wanted to do for 10 years, working on a Spanish project, because I’m so, so proud of my heritage, and just genuinely felt like I wanted this to happen,” Gomez told Apple Music’s Zane Lowe. “And it happened, and I feel like it’s the perfect timing. Just with all the division in the world, there’s something about Latin music that globally just makes people feel things, you know?”

Gomez hopes fans across every spectrum can enjoy her new music, whether they do or don’t speak Spanish. She said in a statement after dropping the album, “I hope you can feel the emotion and passion. For me, that is the beauty of Latin music.”