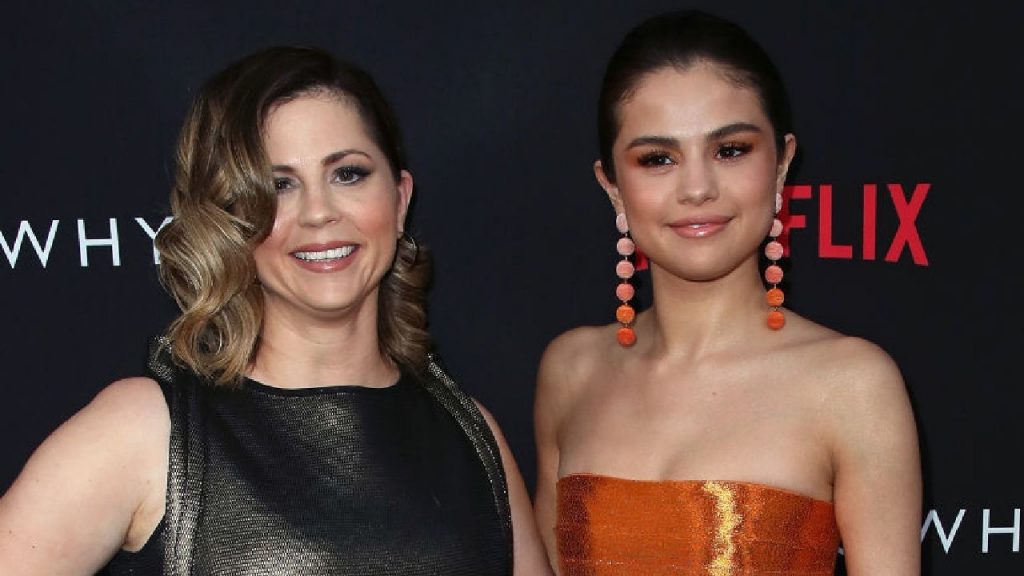 Selena Gomez‘s mom, Mandy Teefey, took to Instagram over the weekend to address her health, after comments about her weight began to surface online after Teefey appeared on the cover of Entrepreneur magazine along Gomez and founder and CEO of The Newsette, Daniella Pierson.

Teefey shared that the cover shoot was done just three and a half weeks after she returned home from the hospital following a life-threatening battle with double pneumonia.

“I wasn’t ever going to discuss this, but I knew when the Entrepreneur cover came out, comments on my weight were going to be DM’d to me. I just posted a polite offer instead of the name calling. But I was out of the hospital for maybe 3 1/2 weeks from double pneumonia. I was told I had days to live,” Teefey shared alongside of a screenshot of messages she received offering her help to lose weight. “I had miracle Drs. and love from my family and friends to keep me going. I fought. The Drs. fought and I was one of the few who made it out. I gained 60lbs plus inflammation from the infection.”

“I never gave up on myself or WonderMind coming to reality. I had zero business to be at a photo shoot. So, yesterday was a beautiful day for many reasons filled with personal attacks,” she continued. “I’m healthy and I will work on myself at my pace. It’s a miracle I am here and could care less if that means I’m a 16 instead of an 8. Much love to everyone.”

“Let’s WonderMind!!! XO,” Teefey said, concluding the post before alerting users to photos from her hospital stay, which further detailed her terrifying health battle. “Picture one was two days to live, picture two the day I was released.”

Gomez has always been outspoken about mental health and her own struggles over the years. Just a few days ago, the Selena + Chef star, announced the new mental health platform, which is set to launch in 2022.

Gomez explained on her social media that the initiative is something “very close to my heart” as she stressed the importance of having a space where people can come together along their “mental fitness journey.”

“Mental health is something that is very close to my heart. It is so important to have places where people can come together and understand that they’re not alone in their mental fitness journey,” she shared next to the Entrepreneur cover Teefey referenced in her post. “That’s why I’ve joined forces with @mandyteefey and @daniella_pierson to bring you @officialwondermind – Launching in 2022.”

It’s nothing new for Gomez to be an advocate for mental health. In the April issue of Vogue, she shared more of her own story, revealing why she chose to enter a treatment facility three times.

Her first time in rehab came in 2014 when she was “burned out and depressed,” the profile explained adding that the singer knew she “couldn’t understand the problem or work through it without help.” After her lupus diagnosis, she went on to reenter treatment centers in 2016 and 2018.

“I knew I couldn’t go on unless I learned to listen to my body and mind when I really needed help,” Gomez explained, before revealing that she still dealt with “late-night anxiety.” “I start thinking about my personal life, and I’m like, ‘What am I doing with my life?’ It becomes this spiral.”

And in April 2020, Gomez also revealed she’d been diagnosed with bipolar disorder. “Once the information was there, it was less scary,” she said of her diagnosis.

For more on Gomez, watch below.