‘Selling Sunset’ levels up the drama and houses in Season 4 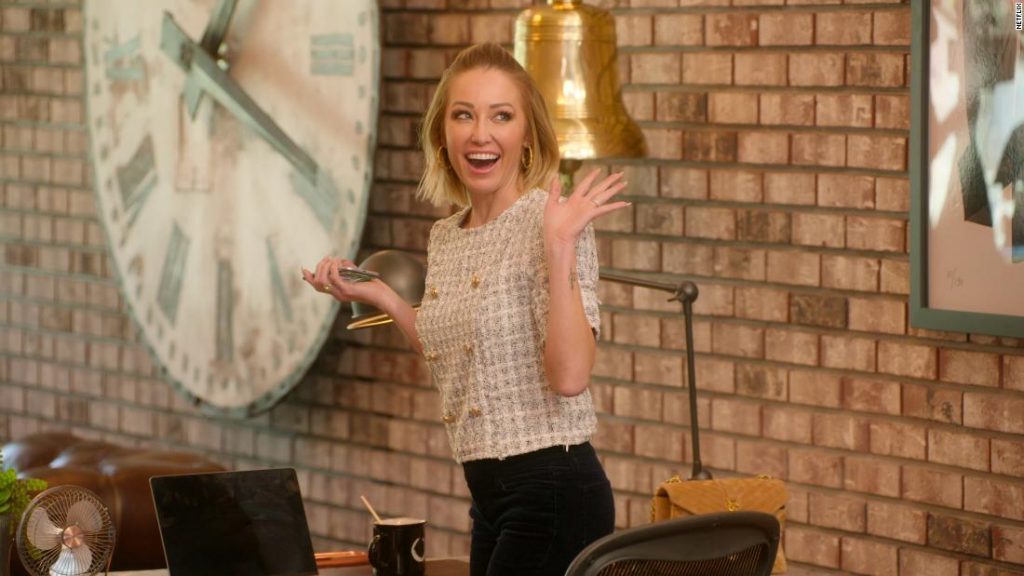 Share on facebook
Share on linkedin
Share on twitter
Share on email
Netflix’s real estate/reality series follows a group of realtors at The Oppenheim Group in Los Angeles, as they butt heads and sell houses. Season 4 premieres Nov. 24 on the streaming service.
“I would say you’re going to see a lot of drama, a lot of beautiful houses and a lot of changes in the dynamics between a lot of the cast members,” Fitzgerald, whose husband Romain Bonnet also appears on the series, tells CNN.
Jason Oppenheim is in charge of the Oppenheim Group solo this season, while his brother, Brett, has branched off to other real estate endeavors. Jason employs a variety of stunning women in designer clothes who sell multi-million dollar mansions, which makes for television gold. Oppenheim says all those factors brought a “a significant amount of drama this season” to the show.
His own relationship will also take center stage at some point in the show. During filming, Oppenheim began dating his employee and friend Chrishell Stause, a former soap actress turned successful realtor. Stause was previously married to “This Is Us” star Justin Hartley and her heartbreaking divorce played out on the show. Is Oppenheim ready to put his own love life in the spotlight?
Read More
“Well, first of all, yes, [the relationship] came as a surprise in as much as she came here as married and as an agent, right. That’s the last thing I would look at and romantically,” he says. “So we did establish a friendship at first and then when it changed, like, we didn’t really know what to think of it. We didn’t take it that seriously. Then we did start taking it more seriously as we kind of realized how well it worked. Then I think we just kind of wanted to get it through a certain level of comfort before going public.”
The two first came out to Fitzgerald, who is thrilled her two best friends fell in love. They also told Amanza Smith, another realtor on the show and a close friend of the group.
“Obviously, for them to have two of their best friends in a relationship, they were very supportive of that and still are,” Oppenheim says. “In fact, everyone has been really supportive. I mean, it’s a beautiful relationship, and I think everyone recognizes and supports it.”
Actually, Oppenheim corrects himself, everyone but one person. If you watched Seasons 1 through 3, you can guess exactly who that is.
“I won’t name names, but I would say it’s not a hundred percent people that support it, but it’s really hard for the unnamed to be one hundred percent supportive of anything,” he adds.
When asked for confirmation they are talking about “Selling Sunset” villain Christine Quinn, the group breaks out in a knowing laugh. When I comment that Quinn was the only castmember not present at cast member Heather Rae Young’s wedding to HGTV star Tarek El Moussa in October, Fitzgerald says that it’s “very obvious” who is at the root of the drama this season and that by process of elimination and social media feeds, it’s an easy guess for fans of the show.
The lead-up to Young’s wedding is also a storyline this season. She met and fell in love with El Moussa while starring on the show.
“You just watch them and they really are like soulmates and you just see their happiness just like radiating from inside, and Heather is just the one most just pure, genuine people I’ve ever met,” Fitzgerald says, adding that the wedding was so unique.
For Smith, she says much of her storyline follows her getting full custody of her kids and moving on as a family of three.
“You’ll see how it all plays out,” she says. “And I was very open and I just said it like it was. I didn’t hold back. And so I think everybody will have a very clear picture of exactly what was going on and they’ll get to move forward with us.”
Finally, let’s not forget about the real estate.
Oppenheim says this season we’re going to see even more luxurious houses and more recognizable clients.
“I think as a company we’re growing. We got bigger listings, more clients. We have more celebrity clients coming in the office. The show, I think, has helped us grow the business and I think a lot of the women are getting reached out to from celebrities that want to buy and sell,” he says. “I would say in that regard that we stepped it up a notch.”

PrevPrevious‘The Family Chantel’: Pedro Confronts His Mom About Having Kids With a Married Man, His Father (Exclusive)
NextJimmie Allen’s 1-Month-Old Daughter Rushed to the Hospital After She Stopped BreathingNext