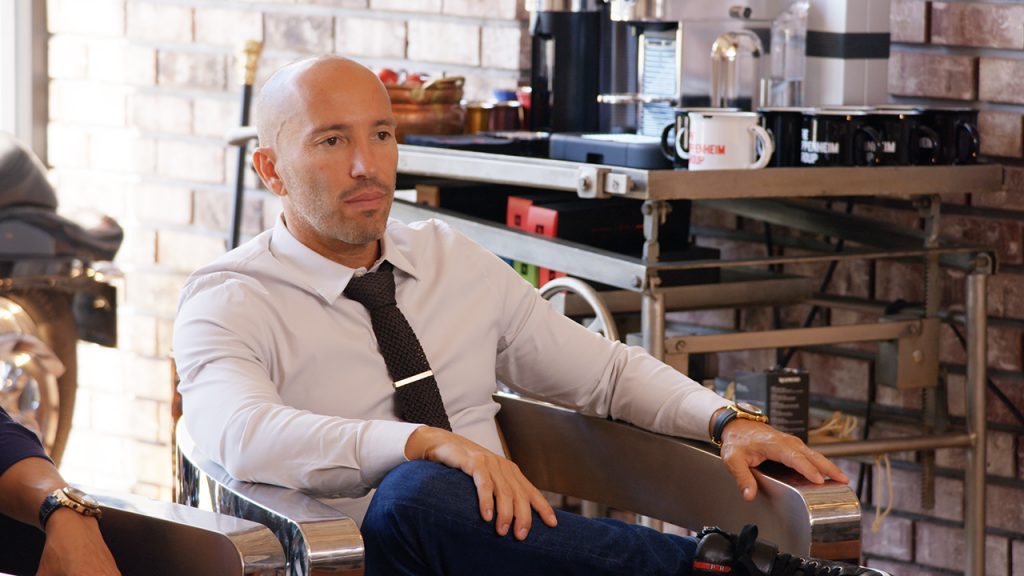 Selling Sunset is getting a new spinoff, Selling the OC. The new series in the growing Selling franchise was revealed during season 4, when Jason Oppenheim, co-owner of the Oppenheim Group alongside his twin brother, Brett, made an announcement that the real estate brokerage was expanding during a lavish house party.

As seen over the course of season 4, the Oppenheim Group had a strong year — and even added a few new faces to their roster of real estate agents working out of the Los Angeles office. So, it comes as no surprise that Jason and Brett are opening a new office located in Newport Beach, Orange County.

In season 4 finale, Jason quickly introduces a few of the new faces joining the cast, including Alexandra Hall, Austin Victoria and Brandi Marshall.

There is no word if any of the existing Selling Sunset stars, including Christine Quinn who is now on the outs with the team or Heather Rae Young who lives in that area, will cross over or join the spinoff, but Jason told ET’s Brice Sander that he believes there will be some crossover.

While filming on the new spinoff — which is not to be confused with the other, Florida-based installment, Selling Tampa, premiering on Netflix in December — has only just started, Jason said that he’s really excited about what’s to come. “I love the agents down here. We’ve got a great group of people, a great office. And it’s just a whole new dynamic down here,” he said.

He also explained the real estate in that area is so different from what the L.A. office deals with on a daily basis. Most of the homes are beach or waterfront properties. “Interestingly enough, houses are more expensive on a price per square foot basis down there than they are in Los Angeles,” he said.

As teased in the finale, the group dynamic will be very different from what audiences have seen so far on the series. “The agents at my brokerage are male and female, and so from them, I think it’s going to be a very diverse cast,” Jason said.

And unlike the women in the L.A. office, “I’m getting to know these people at the same time that the audience is. And I think they’re getting to know themselves and each other just as much. Whereas I think, on Selling Sunset, we had known each other for decades, and I had known these people for decades,” he continued. “So this is a learning process for me too. I honestly don’t even know what’s going to happen, which I guess is kind of exciting as well.”

Even though the new cast doesn’t come with the same long history as the original team, Jason teases that there will be plenty of drama to come out of the new competition and new relationships formed in the office. “You’ve got strong personalities and you’ve got people that are just getting to know each other,” he said. “And so you are seeing people connect to some people and not others. So, that will be interesting, and I think probably exciting to watch.”

While it has been been reported that Selling the OC is expected to debut next year, no official premiere date has been announced.