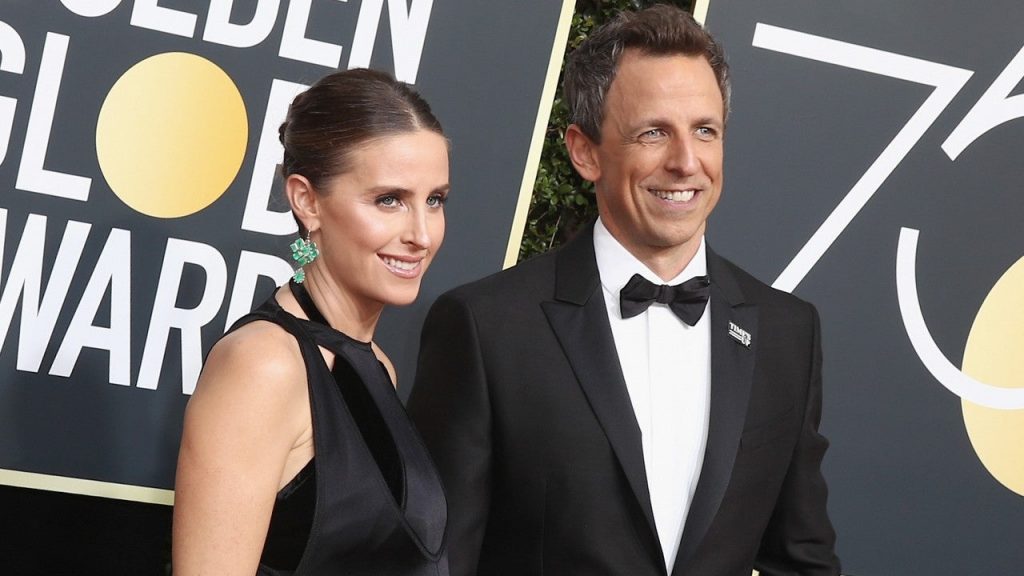 Seth Meyers and wife Alexi Ashe had a new face at the table this Thanksgiving!

The Late Night host revealed on Thursday that he and his wife secretly welcomed their third child, a daughter named Adelaide, back in September. Meyers continued his Thanksgiving show tradition of having his parents, Hillary and Larry Meyers, and brother Josh Meyers on as guests, and they helped him reveal the happy news.

First, they shared a video of Meyers and Ashe’s two elder sons – Ashe, 5, and Axel, 3 — in matching turkey costumes, another family tradition. (The family’s dog, Frisbee, looked less than thrilled to be dressed as an accompanying pilgrim.) The boys counted down to the surprise reveal, showing their baby sister in her own turkey suit!

Meyers’ mother shared the newborn’s name, emotionally noting that her granddaughter is named after her own mother.

“I knew, knowing Seth and Alexi, it had to start with an A, it had to be a cool name and I know what family means to all of them, so I thought I pretty much had it [guessed], but I didn’t know and I didn’t want to ask,” she explained. “[When I found out], I burst into tears.”

Meyers, who tied the knot with Ashe in 2013, said that welcoming their daughter was a “dream come true.” Thankfully, little Adelaide arrived in less dramatic fashion than her brother Axel, who was born in the lobby of the couple’s apartment building when he came earlier than expected!

Check out that story in the video below!

Seth Meyers on Celebrating Critics Choice Award With His Parents