‘Sister Wives’ Recap: Meri Explains Why She’s Not Leaving Kody Despite His Indifference 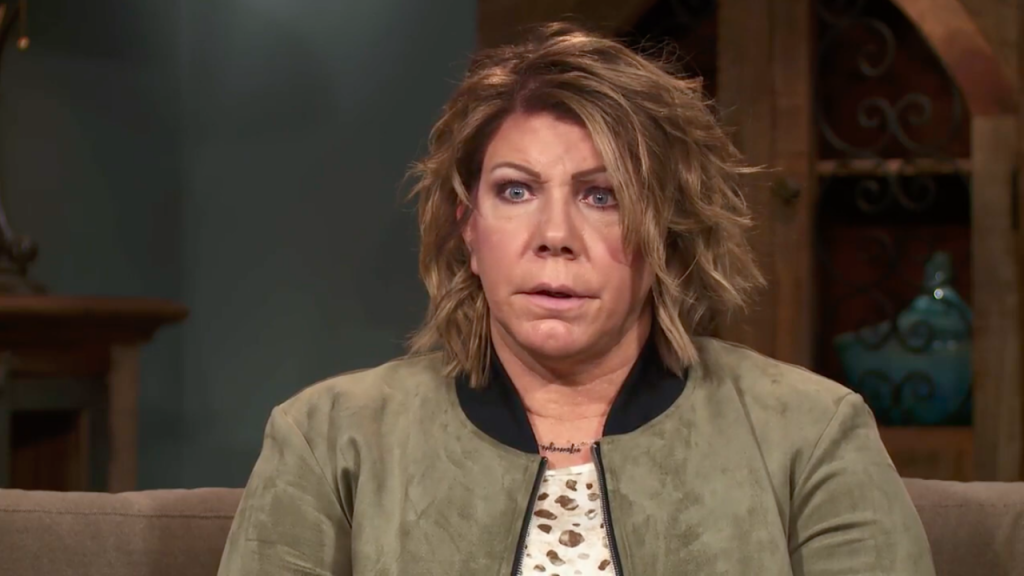 Meri Brown isn’t giving up on a future with her husband, Kody, despite the fact that the two haven’t lived together or been intimate for years. On Sunday’s episode of Sister Wives, Kody’s first wife tries to explain why she’s stayed in her marriage to him despite their distance.

The topic comes up amid discussions about Kody’s divorce from his third wife, Christine. When Christine calls the family to gather to share that she’s moving to Utah within the week, Meri, notes that she’s upset by Christine’s decision.

“I still have a lot of emotions about this whole situation. I feel angry and I feel a little betrayed and I feel like I understand where she’s coming from,” Meri explains. “And I also know that anger is a secondary emotion. I’m hurt. I’m hurt that she doesn’t see value enough in our family.”

When Christine announces that she’s leaving within a week, Meri is at a loss for words.

“I don’t know what I’m supposed to say to this. I don’t feel jealous of Christine because she’s leaving and I can’t because I can,” Meri insists. “I can do whatever I want.”

Meri notes that she chooses not to leave Kody despite their estranged marriage.

“My strength is sticking around and seeing if Kody would be willing to work on a relationship,” Meri says. “So I leave that door open, but I’m not pining away for it.”

Meri is Kody’s first wife. They tied the knot in 1990 and share a child, Leon. In 2015, Meri was the victim of a catfishing scandal in which she was chatting online with someone she thought was a man but turned out to be a woman. In the aftermath, Kody moved out and ended their intimate relationship.

Noting that Kody is spiritually married to Meri, Janelle, and Christine and only legally married to Robyn, Christine declares that they are divorced while others in the family disagree with that assumption, saying the former couple needs to get clearance from their church before actually divorcing.

“Well, the closure that she’s saying that she gets is just she decides, and he just goes along with it,” Meri says of Christine. “So I don’t know. Kody and I are in this situation. We’re not legally married. I want to work on the relationship, but Kody has just said that he doesn’t. Does that mean we’re just not married anymore? That’s not how I consider it. I feel like we’re still married.”

But Kody has a different take on the situation, saying, “I don’t really consider myself married to Meri. If she wanted to move on and marry another, she wouldn’t get an argument with me. I don’t believe that we can ever be functional and I don’t believe that I will ever be emotionally safe with her.”

His response to Meri is drastically different from how he has responded to Christine wanting to leave the marriage, and Kody takes the time to explain why.

“The difference between me and Christine and me and Meri is that Meri and I have been unraveling our relationship for years,” Kody says of his first wife. “Christine found out that she would never be happy married to me but her leaving was so sudden that it wasn’t unraveled for me. It was like I was being kicked to the curb, and that was the difference. It was like, ‘Wait a second, you can’t do this to me.'”

In a previous episode of Sister Wives, Meri explained the breakdown of her marriage to Kody, saying, “I knew what I needed from Kody, and I wasn’t getting it. He was very, very, very distant in our relationship. I asked him to just not stay there for a little bit. I said, ‘Can we just get through some of this stuff? Can we just take a break?’ He has interpreted that as I kicked him out and he has never come back.”

‘Sister Wives’: Kody and Christine Argue About if They’re ‘Divorced’

‘Sister Wives’: Robyn Is ‘Struggling’ Worse Than Ever in Kody Marriage