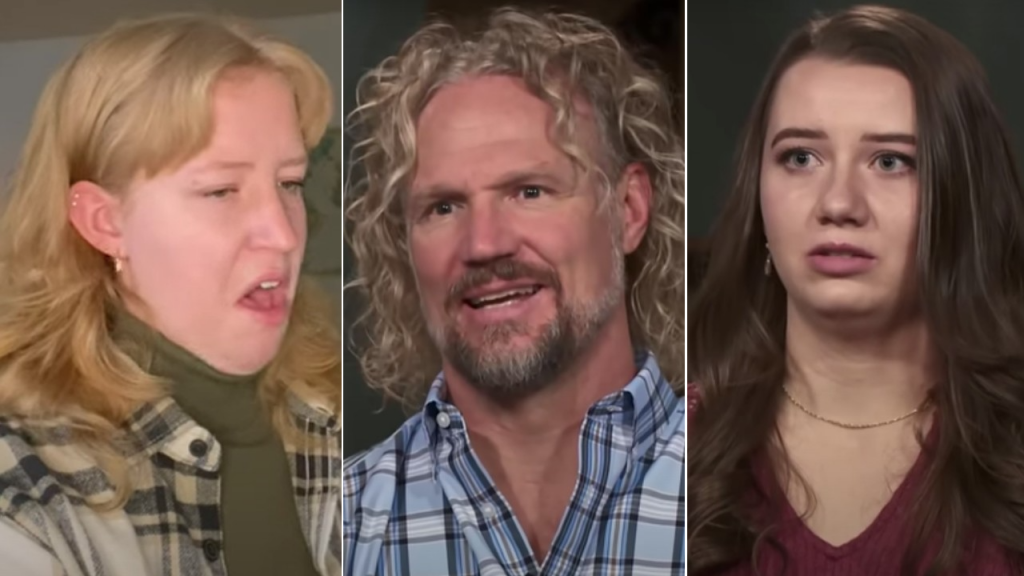 Gwendlyn Brown is shutting down some disturbing rumors about her father, Kody Brown, and her stepsister, Aurora. The 21-year-old Sister Wives star recently addressed the rumors in her YouTube recap of a past episode of the family’s TLC reality series.

When it came time for her to answer fan questions, Gwendlyn, who is the daughter of Kody and his ex, Christine Brown, looked shocked when she read the first one, saying, “Oh god! OK.”

One fan asked if the photo circulating on the internet of Kody “making out” with his stepdaughter, Aurora, was real.

“No, my father does not kiss his children like that,” Gwendlyn insisted. “Obviously as kids we give him a little smooch because we’re children, but no, not at all. I’m so sorry you were tricked to thinking that. That’s horrifying.”

Gwendlyn has been giving her candid takes on her family members and the franchise during her YouTube recaps of season 17. She’s even previously called out Robyn.

“I don’t really like her as a person,” Gwendlyn admitted in a past recap, referring to Robyn as a stepmother. She added, “Watching her [on Sister Wives] makes me like her less, for sure.”