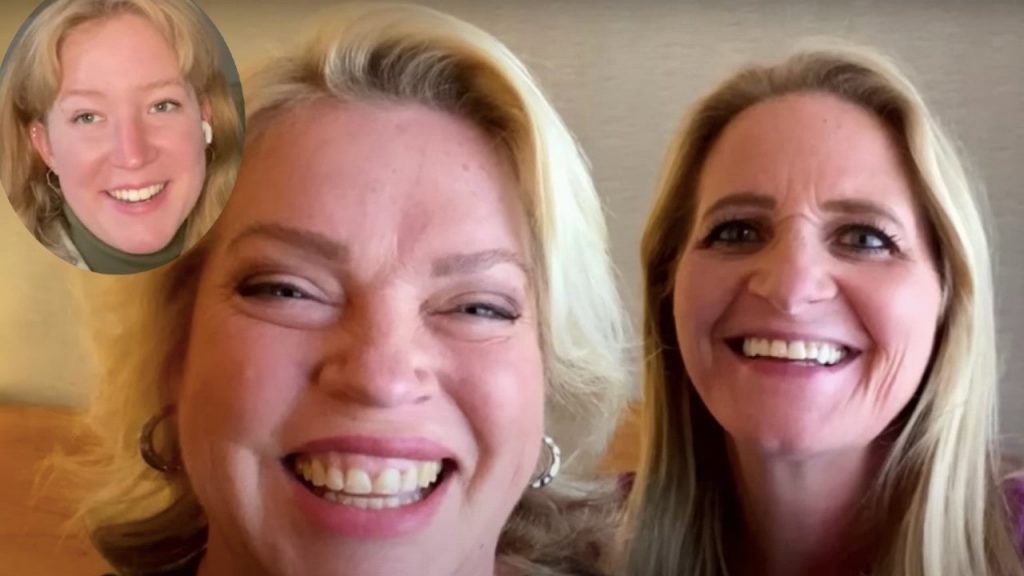 Sister Wives star Gwendlyn Brown has the perfect idea for a spin-off series of her family’s TLC reality show. The 21-year-old daughter of Kody and his ex-wife, Christine Brown, shared her thoughts during her recent YouTube recap of a season 17 episode of the show.

While discussing her mom, Christine, and her stepmom, Janelle Brown, Gwendlyn teased, “I think we should have a spin-off series where Janelle and my mom get together. Tell me you don’t love that idea. Sister Wives.”

Christine split from Kody in late 2021 after 25 years of marriage. They share six kids together. Janelle, who is Kody’s second wife, is currently separated from the Brown family patriarch after nearly 30 years of marriage.

ET spoke with Christine back in October 2022 about her future on the show, and she noted that she will continue to film with Janelle.

“As far as Sister Wives goes, I’ll still be doing things with Janelle quite regularly,” Christine said at the time, adding of a potential spin-off, “As far as a spin-off, dude, I’m totally open, no idea what it looks like, but absolutely, that’d be just fun as heck.”

Gwendlyn, who came out as bisexual during an October 2022 episode of the show, is engaged to her fiance?, Beatriz Queiroz. In the episode where she came out, Gwendlyn’s mom, Christine, talked about how her daughter likes to “tease” her about her own sexuality.

“She teases me about having celebrity crushes on women and that I’m also partially gay,” Christine said at the time. “I’m not, but she loves teasing about it. My female celebrity crushes are Blake Lively, Kelly Clarkson, Emily Blunt. They’re just beautiful. I can’t help but admire them. But it would only go that far. I’m definitely heterosexual.”

As for Gwendlyn’s thoughts on her father, she had plenty to say during this episode recap. In the episode in question, Kody declared that his remaining wives would have to “conform to patriarchy again” after Christine left the family.

“I don’t love what he was saying. He’s a cutie patootie, obviously, but he’s not in charge of the women,” Gwendlyn says of her dad, noting he “never really was” the head of the family.

“We’ve all seen this. We’ve experienced this s**t. I know I did. When you marry four headstrong women, you’re not going to be the head of the family,” she explains. “It’s an equal thing. Marriage is equal and I hope we all experience equal marriages… like, poor guy. He’s like, ‘I just wanted to be a patriarch and a leader.’ And clearly that is not what’s happening. I feel a little bad for him too.”

As for repairing his damaged relationships with his kids, Gwendlyn sees the efforts her dad is making.

“He is already trying and I think he’s already doing a pretty solid, good job,” she says of Kody. “It’s not like the best. It could be better. He could be reaching out more, but if he doesn’t, he’ll learn his lesson because fatherhood is a task you have to be actively part of and you can’t just hope for the best with it.”

‘Sister Wives’: Janelle Talks Her Future With Kody Amid Separation

‘Sister Wives’: Where All of Kody Brown’s Marriages Stand