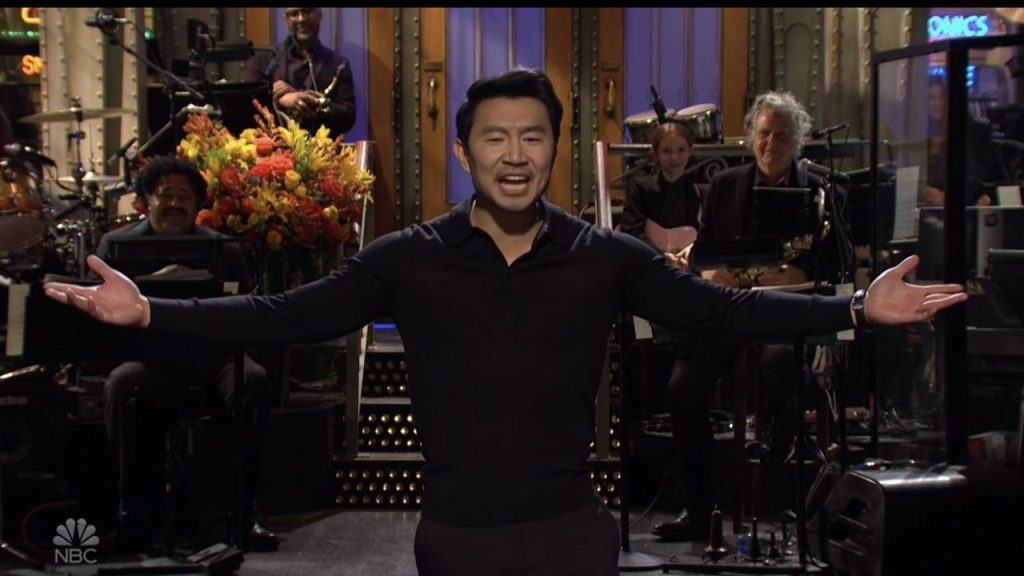 Simu Liu made his Saturday Night Live hosting debut on Nov. 20 and opened the show with an enthusiastic monologue where he dished on everything from being Canadian to how he landed his role in Shang-Chi. The 32-year-old actor reflected on an old tweet in which he manifested the role in the Marvel film.

Liu first joked about being Canadian, and went into a bit about American Thanksgiving, saying it’s basically a kick-start to Black Friday shopping. He then shared some of the things he was most thankful for — one which included his new role in Shang-Chi and the Legend of the Ten Rings.

Saying that he was hired because he “asked politely,” Liu went on to share a tweet he wrote in July 2014 which read, “Hey @Marvel, great job with Cpt America and Thor. Now how about an Asian American hero?”

Liu later spoke about dressing as Spider-Man for kids parties before getting his first big break as an actor. Recalling how a kid named Trevor told him “you’re not Spider-Man,” Liu looked at the camera and declared: “You’re right Trevor. I’m Shang-Chi, b*tch!”

Ahead of his big night, Liu shared his excitement — and nervousness — in a hilarious post on Instagram.

“On an anxiety scale of one to ten turkeys,” he wrote, adding “I am” followed by 10 turkey emojis. “Seriously I’m in the dressing room right now and I keep doomscrolling through TikTok. Why isn’t Addison Rae making me feel better?! What the crap is a Kool Aid Man challenge??! WHY DOES EVERYONE KEEP SENDING SUPPORTIVE TEXT MESSAGES??!??!?!?”

“Tune in tonight to watch me completely break down mentally on @NBCSNL,” Liu added. “It won’t be awesome but it will be memorable. Like watching a video of an unmasked Karen losing it at a CVS, but with more crying. RIP my career.”