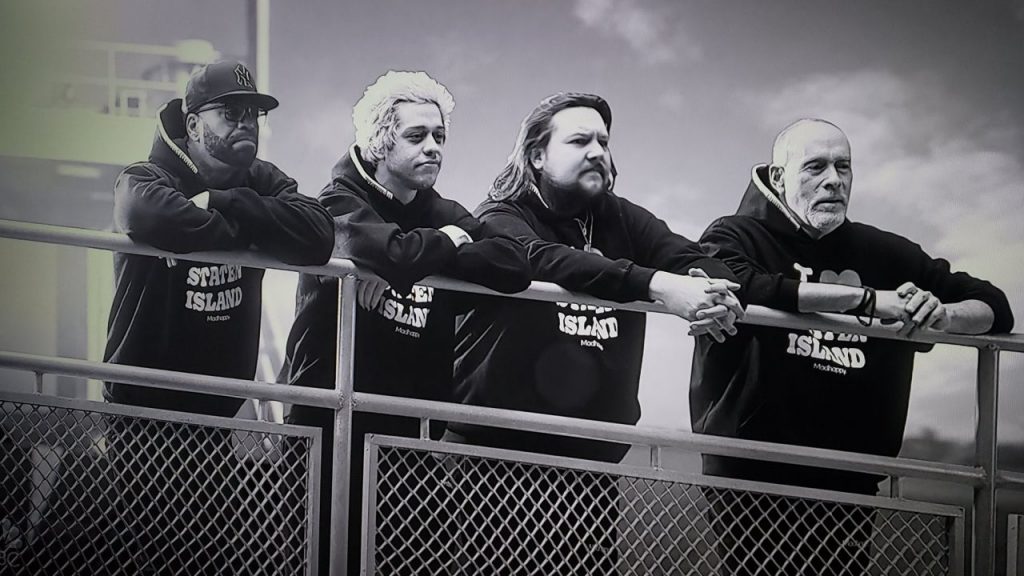 It’s no secret that Pete Davidson likes to poke fun at his native Staten Island. The 28-year-old comedian has opened up about growing up in the New York area many times over the years, and on Nov. 20, he made his feelings known in a hilarious skit on Saturday Night Live.

“Put on my bootleg Jordans and I boarded the train,” Davidson started the song. “Touched down in the land of Colin Jost and the legendary Wu-Tang.”

Davidson then sang about everything from the amounts of trash on the streets to wild turkey’s roaming around. He later joked about the area having multiple bagel shops and pizza places that can be found on every block. “We’ve got a lot of cops and a ton of pills,” he jokes at one point.

If the lyrics weren’t good enough, halfway through the song, Cohn joined Davidson to get in on the fun. He wasn’t the only one, either. At one point, Method Man joined the skit, and rapped about being Italian for the night.

“Tell me are you Italian,” Davidson sang to Method Man, who hilariously responded, “Man, I am tonight.”

Towards the end of the skit, Davidson croons, “I’m walking in Staten … this place is why I turned out weird.”

Watch the hilarious 4-minute skit below.

Davidson was born and raised in Staten Island and is known to still frequent Campania, his favorite restaurant in the area. In fact, just two weeks ago the SNL star took his new love interest Kim Kardashian to the Italian eatery.

“Kim and Pete spent time together in Staten Island at one of his favorite spots, Campania restaurant,” a source told ET on Nov. 3. “Pete and Kim have been enjoying their time together and are having fun. Both are recently single and have bonded over that.”

A second source added: “Kim and Pete like each other. They are trying to play it off that they are just friends, but it’s a little more than that right now. They’re having a lot of fun together. Pete makes Kim laugh and makes her feel special. Pete is obviously thrilled and has a major crush on Kim.”

Kim Kardashian Is ‘Connecting on a Deeper Level’ With Pete Davidson