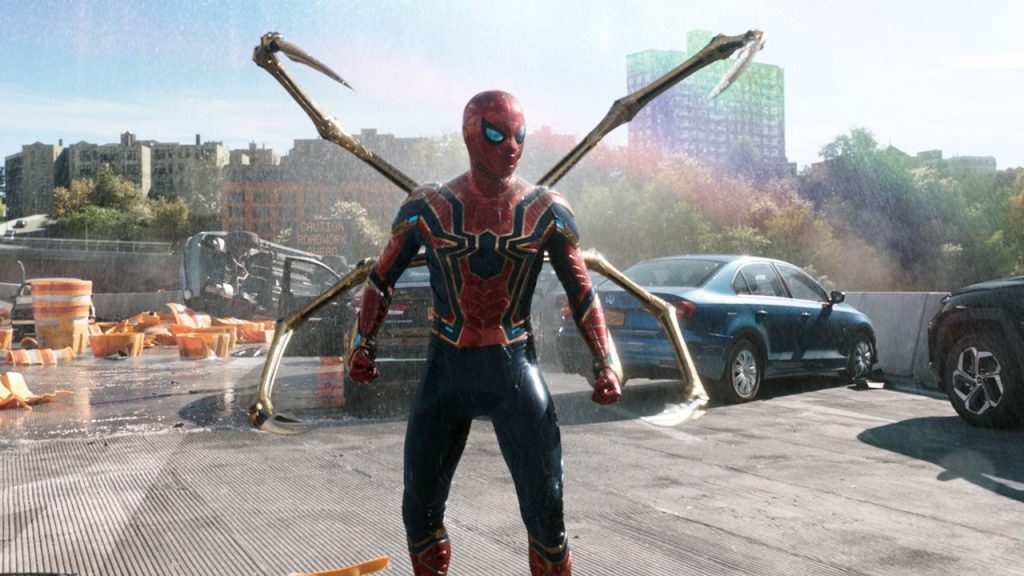 The new Spider-Man: No Way Home trailer is here and all we can say is OMG!

Marvel shared a new trailer for the webslinger’s upcoming adventure on Tuesday, first at a fan event in Los Angeles and then for the whole internet to see (and pour over, and speculate about, etc. etc. etc.).

When last we saw Peter Parker in Far From Home, his secret identity was exposed to the world by Mysterio (Jake Gyllenhaal), among other not-so-great accusations. And so in No Way Home, he turns to Doctor Strange (Benedict Cumberbatch) in search of a mystical fix. “When Mysterio revealed my identity, my entire life got screwed up,” Peter said in the first record-breaking teaser back in August. “I was wondering if you could make it so that he never did?”

The good Doctor has just the spell to make the world forget that Peter Peter is Spider-Man — although that means M.J. (Zendaya), Ned (Jacob Batalon) and Aunt May (Marisa Tomei) won’t know either. And those aren’t even the most dire consequences. As the new trailer warns, the botched magic has led to the arrival of “some visitors.”

Yes, that means Willem Dafoe‘s Green Goblin and Alfred Molina as Dr. Otto Octavius, aka Doc Ock, from the Tobey Maguire-starring Spider-Man franchise (though Peter and his pals aren’t that impressed by the latter’s on-the-nose moniker), as well as Jamie Foxx‘s Electro, from the Andrew Garfield-starring The Amazing Spider-Man 2.

Even more worrisome, the trailer previews a scary moment atop a skyscraper for Peter and M.J., that looks eerily reminiscent of the death of Gwen Stacy, played by Emma Stone in Amazing Spider-Man 2, and Dr. Strange struggling to hold back some purple-hued interdimensional power. (Kang incoming, perhaps?)

Back in August, Sony Pictures announced that the first No Way Home teaser trailer broke the record for most global views in 24 hours — a record previously held by Avengers: Endgame — with 355.5 million views. Leaks be damned! The official Spider-Man movie account tweeted, “shout-out to the real ones who are watching the trailer for the first time right now.”

Former Spider-Men Maguire and Garfield have long been rumored to appear in No Way Home, though the latter told ET earlier this year that he’s “closed the book on” reprising his role as Spidey. “What people are talking about is a really cool idea,” Garfield said at the time. “I haven’t received a phone call, but you know…”

See what else he had to say about the rumors in the video below.

Spider-Man: Far From Home swings into theaters on Dec. 17.

PrevPreviousPeter Parker is in a universe of trouble in the ‘Spider-Man: No Way Home’ trailer
NextSalma Hayek Shares Her Ultimate Skincare Secret (Exclusive)Next