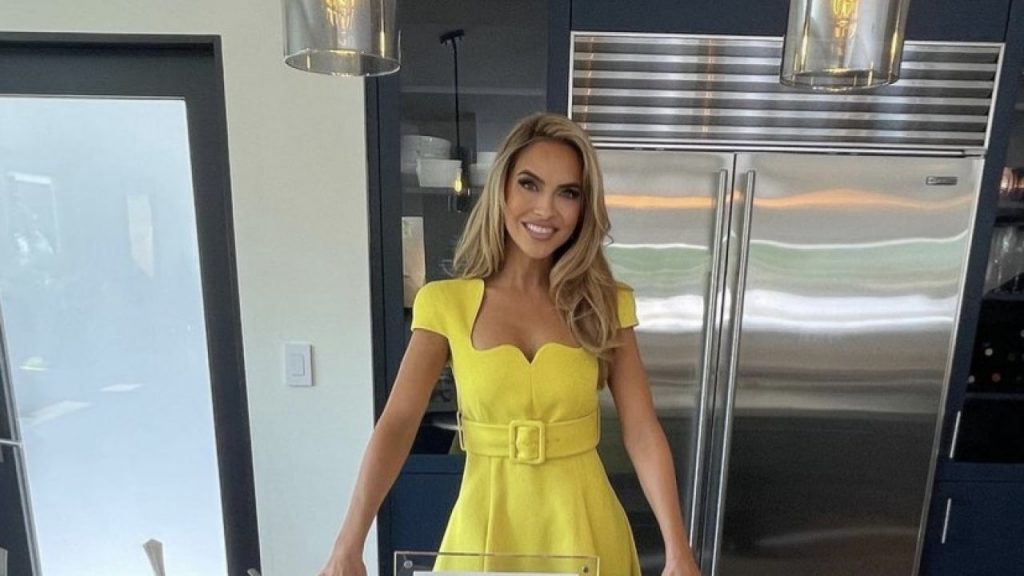 Celebrities were keeping busy this month. From New York City to Hollywood and everywhere in between, read what the A-listers have been up to.

Chrishell Stause held a launch party for her book, Under Construction, in Los Angeles, which was catered by Italian Market and Deli, HauteMess.

Devon Windsor hosted a P.volve workout in West Hollywood to celebrate the launch of her new sports collection.

Steve and Lori Harvey announced their investment with MOON Ultra-Light, where they will help develop more products that connect people and communities.

Adam Levine and Behati Prinsloo hosted a launch party for Calirosa at Ysabel in Los Angeles.

Demi Lovato joined forces with Bellesa Boutique to launch the Demi Wand to advocate for sexual wellness and pleasure for people of all genders.

Kate Bock teamed up with Bond-Eye swim to launch a capsule collection filled with five styles and two colors designed to fit a size 0-12. The model also launched a new Grapefruit Bergamot flavor with Pompette in time for the holiday season.

VIPER co-founders Celeste Durve and Kelsi Kitchener celebrated their partnership with SoFi Stadium with a special VIPER Experience for the BTS concert, where guests were picked up in black cars and escorted to SoFi Stadium in Los Angeles for a night at the Bootsy Bellows lounge filled with drinks, food, first-class seats, private concierges, personalized swag bags, and more.

Everlasting Comfort partnered with Hannah Stocking for her Harper’s Bazaar Vietnam November cover, where they provided relaxation throughout the shoot.

Vlog Squad member Todd Smith talked about his career journey in a new episode of hoo.be’s Creator Stories. hoo.be is the first-ever invite-only social media platform that allows users with highly engaged audiences to bring their content, shops, profiles, charitable causes, and more together in one hub.

Cole Moscatel was featured in GQ South Africa, where he shared his wellness tips and opened up about Snob World, the global concierge service he runs with his wife, Kelsea Moscatel.

Pro-skier Jeanee “MoCrazy” Crane-Mauzy celebrated the launch of her new skis made for snow enthusiasts at all levels.

AKT West LA hosted a workout class to celebrate the opening of their new studio in Santa Monica, where guests wore Carbon38 outfits.

J Balvin is set to serve as the emcee for BEYOND THE STREETS 2021, a two-day virtual art fair dedicated to graffiti and street art set on Dec. 1 through 2 on the NTWRK app.

NORI debuted a new color to the Nori Press collection for the holiday season and launched their first retail presence at Showfields in New York City with daily live demos.

Onda, a line of high-quality canned tequila seltzers co-founded by Shay Mitchell, launched The Onda Hotline, 1-8722-ONDA4U, a text line that will provide instant compensation for an Onda Variety Pack to help with tailgating this football season.

Carl Padilla launched Celeb Gap, a unique platform that bridges the gap between you and your favorite celebrities, where people can send a gift to experience a unique moment with actors, musicians, reality stars and authors.

For more celebrity sightings, check out the gallery below.

PrevPrevious2021 Streamys Will Be Hosted by Larray: Watch Trailer to See What to Expect
NextJimmy Kimmel talks about hair burning ThanksgivingNext