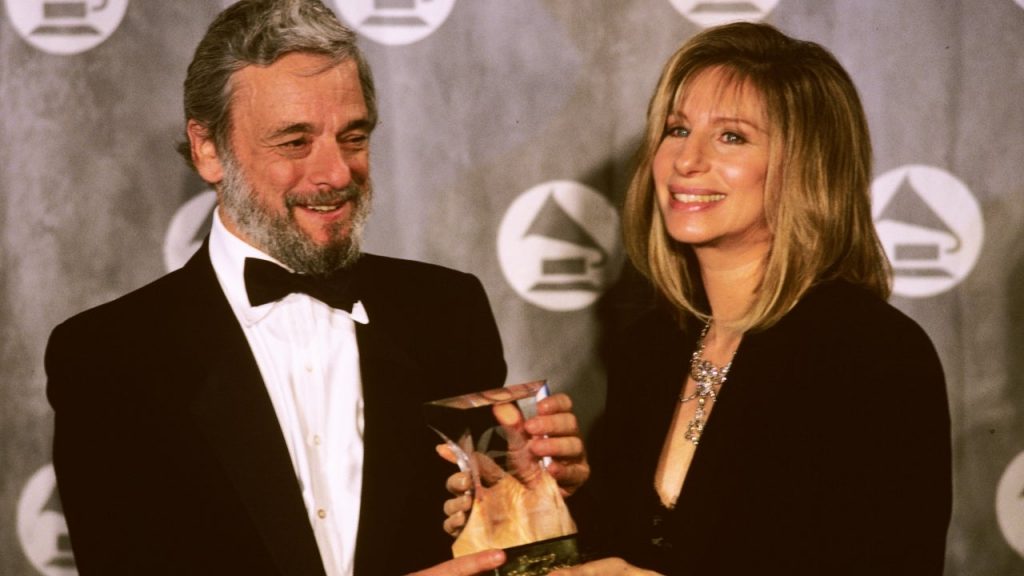 Stephen Sondheim, the Broadway legend behind shows like Into the Woods, Sweeney Todd, Company and more, died on Friday at age 91.

Sondheim’s lawyer and friend, F. Richard Pappas, announced the death to the New York Times, noting that Sondheim died at his home in Roxbury, Connecticut.

Over the course of his celebrated and prolific career, Sondheim was awarded nine Tony Awards (including a Lifetime Achievement Tony in 2008), an Academy Award, eight GRAMMY Awards, a Pulitzer Prize, a Laurence Olivier Award, and a 2015 Presidential Medal of Freedom.

Following the news of his death, Sondheim’s friends and famous fans took to social media to celebrate the legacy of the irreplaceable Broadway icon.

“Thank the Lord that Sondheim lived to be 91 years old so he had the time to write such wonderful music and GREAT lyrics!,” Barbra Streisand shared. “May he Rest In Peace.”

Bernadette Peters shared, “I am so so sad to lose my friend Steve Sondheim, He gave me so much to sing about I loved him dearly and will miss him so much, Thank you for all the gifts you gave the world Steve.”

Anna Kendrick wrote, “I was just talking to someone a few nights ago about how much fun (and f**king difficult) it is to sing Stephen Sondheim. Performing his work has been among the greatest privileges of my career. A devastating loss.”

Recent Tony winner Aaron Tveit shared, “Thank you for everything Mr Sondheim. Speechless. We are so lucky to have what you’ve given the world.”

“Rest In Peace, Stephen Sondheim, and thank you for your vast contributions to musical theater,” tweeted Lea Salonga. “We shall be singing your songs forever. Oh, my heart hurts…”

Kristin Chenoweth noted, “He influenced all of us, whether we knew it or not,” while Idina Menzel promised, “We will spend our lives trying to make you proud.”

PrevPreviousKate Middleton’s Go-To Sneakers Are On Sale for Under $50 at Amazon’s Black Friday Sale
NextStephen Sondheim, Legendary Broadway Songwriter, Dead at 91Next