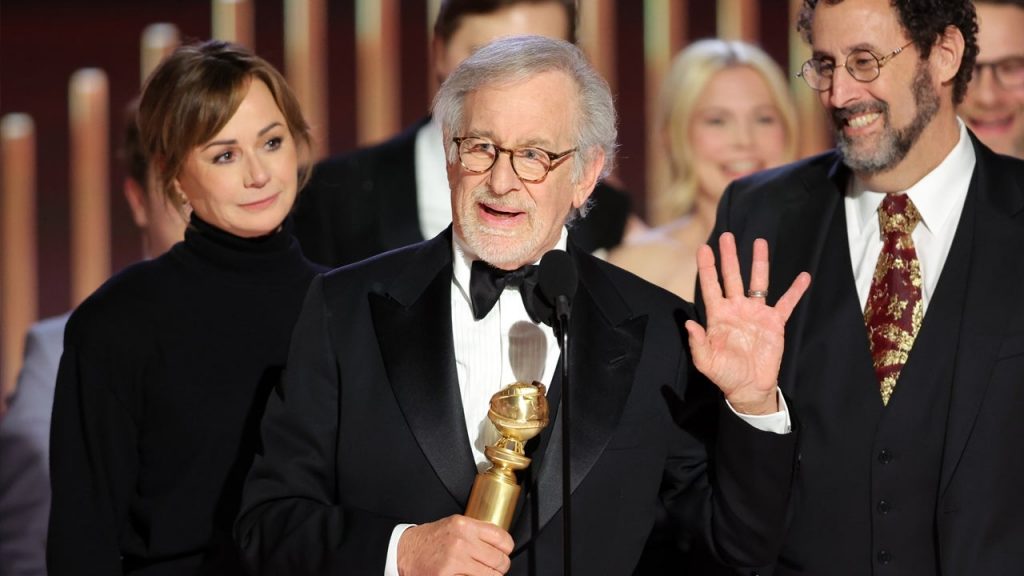 The Fabelmans beat out Avatar: The Way of Water, Elvis, T?r and Top Gun: Maverick to take home the top prize during the 80th annual Golden Globes. The semi-autobiographical film co-written and directed by Steven Spielberg won the award for Best Motion Picture – Drama on Tuesday evening.

“I’ve got to bring my producers up, Christie and Tony, who produced this with me and got me through it, and everybody behind me, and everybody else who’s watching on television who was part of this amazing ensemble. Thank you, Hollywood Foreign Press, Johnny Williams, who is right there at the table,” Spielberg said before reflecting on his humble beginnings.

“If I could just say one thing that Quentin said to me when he gave me this award,” the famed director, who was presented the award by fellow filmmaker Quentin Tarrantino, shared. “He said that John Cassavetes would be so proud. He said that because I was John Cassavetes’ PA on one of his movies. I got ’em coffee, I got ’em anything they wanted. I ran around that set, which was, like, a 16-millimeter camera and a lot of noise, and whatever they wanted — I ran out to delis, and that’s why I treat my PAs so kindly, because I know what it feels like.”

“Thank you,” he added before praising the cast and crew behind the award-winning film.

For Spielberg, this marks his fourth win in the category, following E.T. the Extra-Terrestrial in 1983, Schindler’s List in 1994 and Saving Private Ryan in 1999.

In total, The Fabelmans was nominated for five Golden Globes, including Best Director, Best Actress in a Motion Picture – Drama for Michelle Williams, Best Screenplay for Spielberg and Tony Kushner and Best Original Score for John Williams. In addition to winning the top honors, Spielberg also won in the director category.

A lifetime in the making, the film is loosely based on Spielberg’s adolescence and his early interest in movies. Though, it’s not an exact biopic, with versions of his experiences told through an original story about an aspiring filmmaker named Sammy Fabelman and his dysfunctional family.

In addition to the Golden Globes, the film has become an awards season frontrunner, with 11 Critics Choice Award nominations as well as three National Board of Review wins.