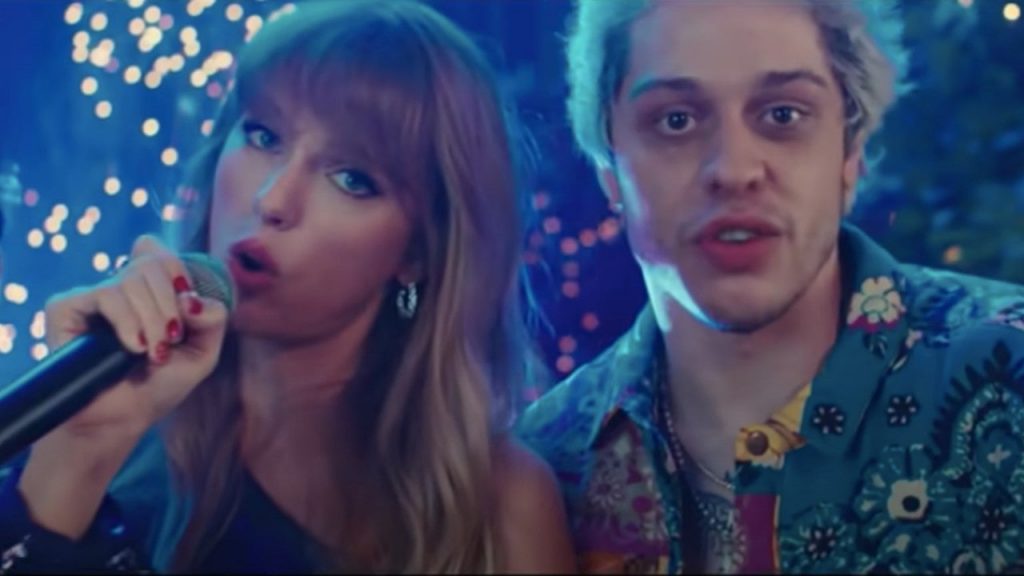 New collaboration alert! Taylor Swift‘s emotional performance of the 10-minute version of her song, “All Too Well,” wasn’t the only way the 31-year-old singer contributed to this weekend’s Saturday Night Live.

Swift also made a memorable cameo during a hilarious musical sketch with Pete Davidson, in which the 27-year-old comedian rapped about three of the newer writers on the show — Ben Marshall, John Higgins, and Martin Herlihy — to an original song titled “Three Sad Virgins.”

The sketch started off with Davidson asking the three writers to collaborate with him on a new video. “I had this idea about how we could all do a music video about how we’re best friends and how we’re, like, boys,” Davidson tells the stunned writers, who quickly agree.

But they soon learn that the video is more of a roast on them as Davidson raps about his glamorous lifestyle, adding, “All my friends are cool and famous, except these three sad virgins.”

The song goes on as Marshall, Higgins, and Herlihy get increasingly upset. Finally, Davidson agrees to end the song before adding, “I mean, after we do the bridge.”

He then brings Swift in to help with the diss track, and she fully delivers. Mocking each of the writers individually, she adds her pop twist to the chorus, ending the tune, “Three sad virgins, and they’re gonna die alone.”

It was a big weekend for Swift, who released her short film for “All Too Well,” which she directed herself, as well as as the album Red (Taylor’s Version). For more about the short film, check ET’s exclusive interview with the leading man of “All Too Well.”