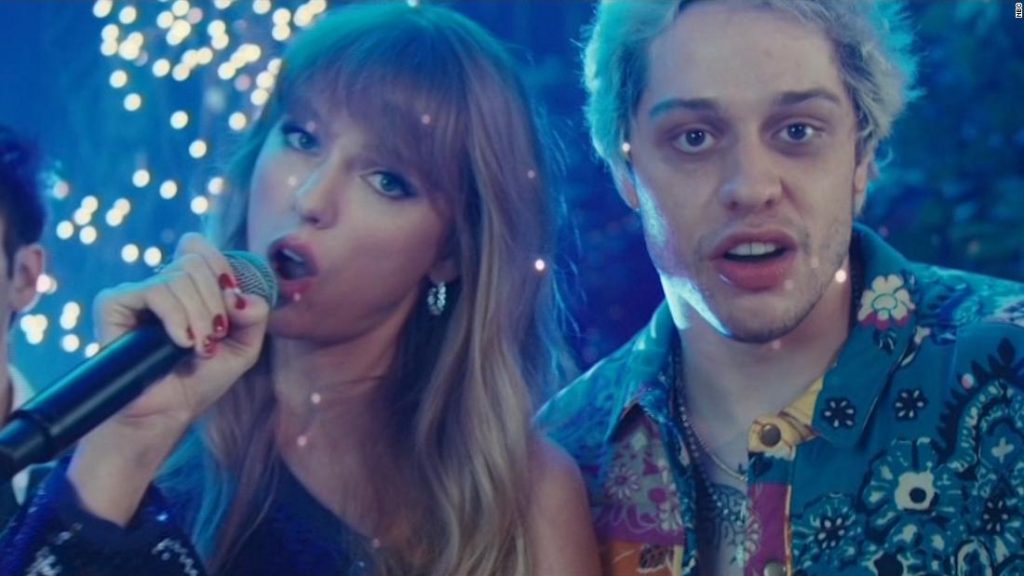 Share on facebook
Share on linkedin
Share on twitter
Share on email
The episode was hosted by actor Jonathan Majors, and instead of the usual two performances by “SNL” musical guests, Swift delivered the full 10-minute version of her song “All Too Well” off her re-recorded album. If Taylor asks for a ten-minute chunk of “SNL,” Taylor gets a ten-minute chunk of “SNL.”
She also joined in on some laughs, teaming up with Pete Davidson in a dream-turned-humiliating nightmare for three young “SNL” show writers: Ben Marshall, John Higgins, and Martin Herlihy.
“Ben is like a sad Ron Weasley/ He looks like if Big Bird/ lost all his feathers,” Swift sings to the trio. “Martin has the charm and the sex appeal of a scarecrow.”
Following a series of jokes at their expense from Davidson, Swift sings that none of the “three sad virgins” have the “guts to take their shirts off in front of a girl,” to which the writers shrug and say: “True.”
Read More
Beyond a very clever “Sesame Street” spin on the cold open, other highlights from the night include a monologue from Majors that left us excited for his Marvel future and really wanting some cheddar biscuits.
A selection of some of the episode’s standout skits follows below.

A commercial parody for an outdoor “Man Park,” where socially awkward guys can make friends and feel understood speaking only in monosyllabic sentences.

In this sketch, Majors plays Jake the State Farm guy, and Heidi Gardner plays and Flo from Progressive ads, hosting a fake awards show. They lampoon commercials with dissonant themes, chiding advertisers: “You’re using what to sell … what?”
They even include a tribute to “Quibi, Tubi, Vubu, Boppy, Duku, Titi.”

Kenan Thompson and Majors host a paranormal show for kids in this sketch. They do not like the creepy kids who appear on their show with creepy stories to tell one bit and it’s very funny.

Aidy Bryant and Kyle Mooney attend a Broadway musical revue in this sketch, with Majors joining Boen Yang and Cecily Strong to deliver some salty banter and singing.

You might need to be a Bone Thugs-N-Harmony fan to truly appreciate this one, but who isn’t? In this sketch commercial, Majors, Thompson, Ego Nwodim and Chris Redd rap about all the bones available in their new pet store. 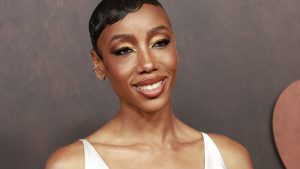 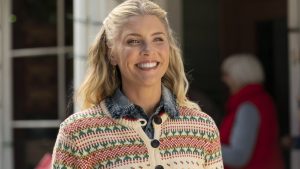