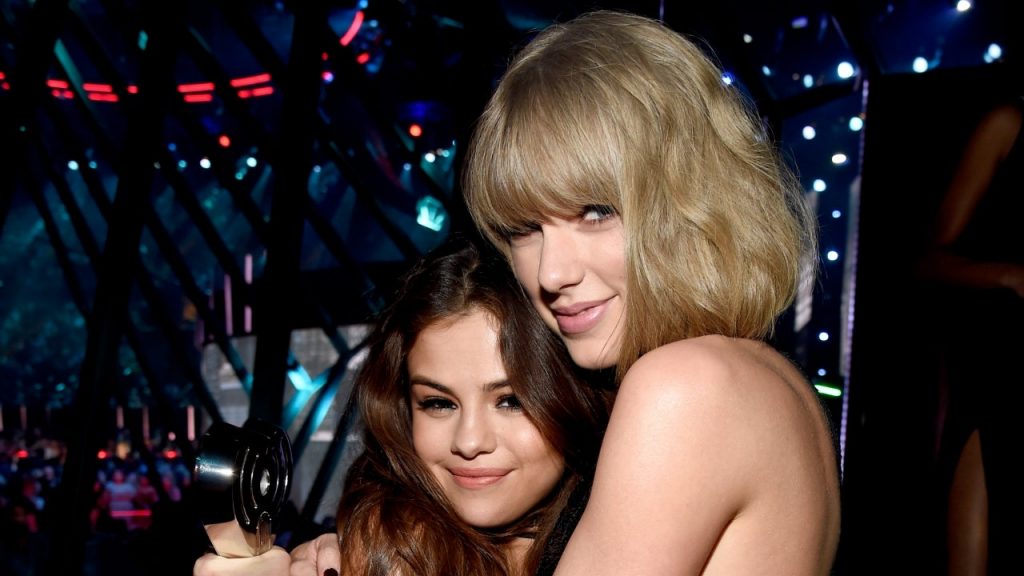 Taylor Swift had her good friends by her side on her big night! Ahead of serving as the musical guest on Saturday Night Live, the 31-year-old singer posted a TikTok video with Selena Gomez.

In the funny clip, Swift, wearing her signature Red-era lipstick, mouths the words, “Oh no, my bestie is a bad b**ch,” before turning the camera to Gomez, sporting a white turtleneck, who smiles and laughs with glee.

“OH NO @selenagomez,” Swift captioned the video, which came after the release of Red (Taylor’s Version) on Friday.

? Oh no my bestie is a bad b – Luke Franchina

Gomez, 29, wasn’t the only one of Swift’s famous friends who was on hand for her SNL performance. Swift’s ex, Joe Jonas, and his wife, Sophie Turner, were spotted arriving to the SNL after-party.

Additionally, Bowen Yang, a comedian on the sketch series, shared a backstage pic of himself posing with Swift, Ryan Reynolds, Blake Lively and Sadie Sink.

Reynolds and Lively are longtime friends of Swift, with the singer even using their kids’ names in her 2020 song, “Betty.”

The couple was also spotted attending the SNL after-party with the singer, who recently announced that Lively will make her directorial debut with Swift’s upcoming music video, “I Bet You Think About Me.”

Meanwhile, Stranger Things star Sink co-starred alongside Dylan O’Brien in All Too Well: The Short Film, which Swift wrote and directed to accompany the long-awaited 10-minute version of her song, “All Too Well.”

When ET’s Nischelle Turner spoke to Swift at the premiere of the short film, she praised the actors for their work on the project.

“They just gave everything and I trusted them so much because I watched everything they’ve done,” Swift said. “I’ve been a fan of theirs for ages, and so I knew– I had a feeling, if you put these two people in a room and you trust their instincts, magical things could happen.”