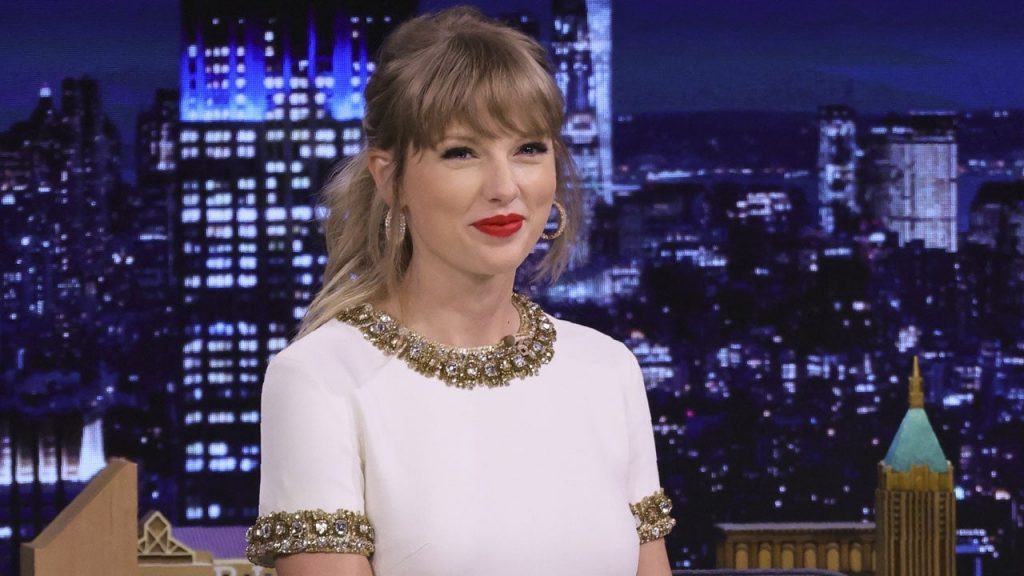 Red singer Taylor Swift was unable to make it to the 2021 American Music Awards on Sunday night, but she was sure to thank her fans for all their support.

Accepting the award for Favorite Pop Album for Evermore, Swift appeared virtually, rocking a denim button-down and her signature red lip. In the clip, the 31-year-old artist called taking home the award, “an honor,” while also thanking fans for their support of her re-release of Red.

“Thank you so much to the fans, this is such an amazing honor,” Swift gushed. “The fact that you would do this for Evermore, I’ve always been so proud of this album. I’ve always looked at Evermore as Folklore‘s fun, younger sister. So, thank you so much for doing this.”

She continued, “Also, I just want to say to the fans, thank you for all the amazing support that you have thrown my way with Red (my version). It’s been so much fun. I’m so lucky to be in your life and to get to have you in mine. Have a great night. Love you guys.”

This year, Swift also took home the award for Favorite Female Pop Artist and is also nominated for Artist of the Year.

Swift was last on an AMAs red carpet in 2019, but had a few big wins in 2020, taking home Artist of the Year, Favorite Female Artist, and Favorite Music Video for “Cardigan.” Before Sunday’s ceremony, Swift still held the record with 32 AMA wins, the most by any artist in the show’s history. If all goes in her favor, Swift will again hold the top spot, making AMAs history by taking home a record 35 wins at the annual awards show.