‘The Bachelorette’ Alums Tayshia Adams and Zac Clark Break Up 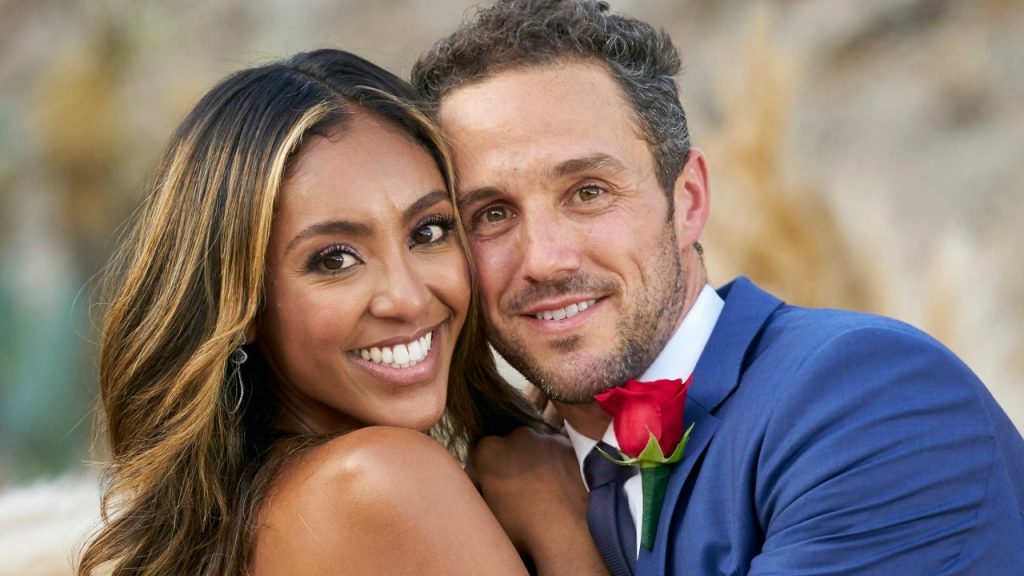 Tayshia Adams and Zac Clark have called it quits. The 31-year-old former Bachelorette and the man who got her final rose have ended their engagement, Tayshia’s rep confirms to ET.

Tayshia and Zac, 37, got engaged on her season of The Bachelorette, which aired last year. Following the proposal, Tayshia moved from New York to California to be with her fiance. A source told E! that Tayshia plans to stay in New York following her split.

In a February interview with ET, Tayshia shared why she chose to make the move to New York.

“My family is still down [in Southern California]… but I really want a firm foundation in something,” she said. “And I feel like New York might be it.”

“Zac has a really established business out there, and he is doing so much good that I really couldn’t sleep at night knowing that I would be keeping him away from doing that,” she said of Zac, who founded Release Recovery in 2017. “But also I have been wanting to move to New York forever, so this is kind of, like, the perfect storm.”

That same month, Tayshia told Marie Claire that there was “no timeline” for when she and Zac would tie the knot.

“We’re dating right now while being engaged,” she said at the time. “At first, Zac was the person to be like, ‘We could get married next week.’ And I was like, ‘Slow your roll. I’d love to date a year.’ And now I’m like, ‘You want to … maybe next month?’ And he’s like, ‘Tayshia, slow your roll.’ We’re back and forth. But there’s no timeline. It’s definitely going to happen. I just don’t know when.”

During an appearance on The Ben and Ashley I. Almost Famous Podcast in August, Tayshia discussed the difficulties of having a long-distance relationship with Zac while she was away co-hosting The Bachelorette with Kaitlyn Bristowe.

“It was kind of like we needed to remember why we were with each other,” Tayshia said of how she and Zac felt after Katie Thurston‘s season wrapped filming. “I think that that’s absolutely normal. It’s hard to be in a new relationship and then kind of go away for a couple of weeks.”

“Even when two people are heavily in love, you still go through things,” she added. “Like, ‘OK. We need to remember where we came from.’ We kind of reminisced and figured out why we got in this in the first place.”

In the months following, Tayshia and Zac posted pics together. Earlier this month, they ran the New York City Marathon together, a feat that Zac praised her for on Instagram.

Tayshia Adams Posts Video Of Herself at the Hospital: ‘What a Day’