‘The Crown’ returns soon with new leads and old troubles 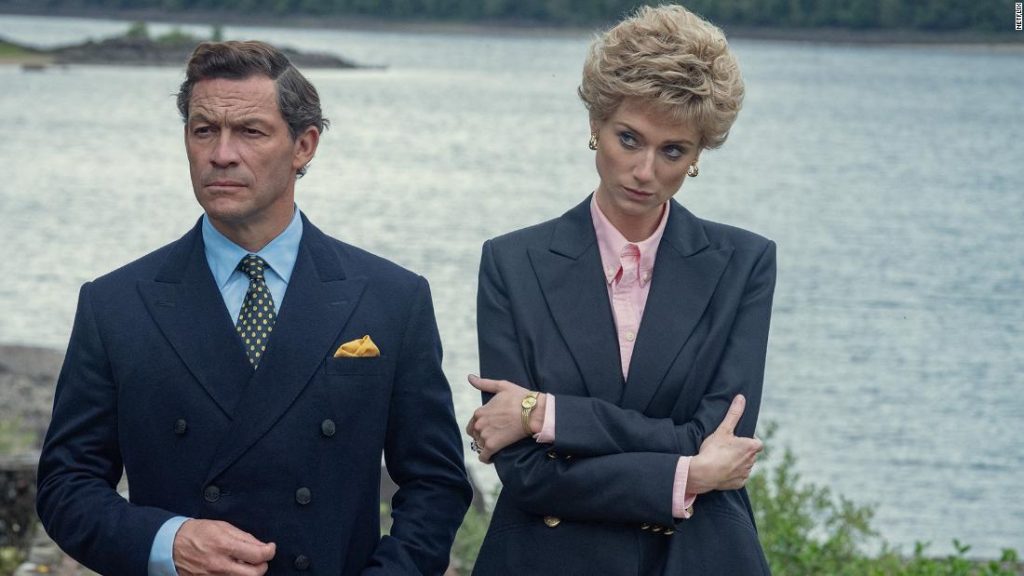 Questions of propriety about the fifth season of “The Crown” premiering two months after Queen Elizabeth II’s death are largely eclipsed by other issues, as the Netflix series reloads with new prestige talent in key roles and old troubles, while feeling more disjointed than usual. The result is an uneven campaign that reinforces a sense the Emmy-winning series risks extending its reign too long.

That theme is among the juiciest bits of palace intrigue in the new season, as Prince Charles (Dominic West) chafes about his heir-in-waiting status and openly discusses “Queen Victoria Syndrome,” a reference to his mother, the Queen (Imelda Staunton), being too rooted in the past and tradition to meet the shifting demands of a modern monarchy.

Of course, the season begins in 1991, so there’s the tantalizing knowledge that Elizabeth would retain that title for another three decades, and that Charles is about to badly damage his public image thanks to the breakup of his marriage to Diana (Elizabeth Debicki), who perfectly captures Diana’s pensive, vaguely sad gaze. The character fares less well in terms of emotional insights, since she’s portrayed less sympathetically this time around, at least in her naivete about the hell that speaking publicly about the Royal Family would unleash.

The discomfort associated with those public flareups falls upon the new Prime Minister, John Major (Jonny Lee Miller), who recognizes the dynamics of what’s happening better than the key players, which doesn’t make his role any less uncomfortable for him.

Writer/producer Peter Morgan again wades into all kinds of situations over the 10 episodes, including the unlikely friendship that develops between Prince Philip (Jonathan Pryce, who plays a large role) and Penny Knatchbull (Natascha McElhone), the much-younger wife of Philip’s godson, which begins as he seeks to console her over the tragic death of her daughter.

Philip also takes it upon himself to chide Diana for failing to understand the institution into which she married, reminding her that it’s “not a family. It’s a system.”

Still, given the focus on Diana and Charles during this decade, the digressions seem more pronounced – and in some instances, questionable – this season, from the plight of Princess Margaret (now Lesley Manville), who hasn’t entirely made peace with her past, to an extensive detour into the backstory of Dodi and Mohamed al-Fayed (“The Kite Runner’s” Khalid Abdalla and Salim Daw, respectively), Diana’s eventual boyfriend and his status-obsessed wealthy father, in whose eyes the younger man can never achieve enough.

Throw in an episode devoted to Russia and the Royals’ sordid history around the Revolution, and it occasionally feels like a bridge or two too far.

The upper lips remain incredibly stiff, even under the most trying of circumstances. When Charles privately tells his mother in regard to Diana, “I’ve done as you asked, mummy. I’ve tried to make it work,” she responds tartly that “Being happily married is a preference rather than a requirement.”

The casting remains a gaudy flex at almost every level -Timothy Dalton even shows up in a small but significant cameo – and for those who can’t get enough Royal gossip, Morgan again makes the audience privy to his version of what unfolded behind closed doors, such as Charles and Diana quietly chatting after finalizing their divorce.

“You’ve never been young, even when you were young,” she tells him.

“The Crown” has been great, as the Emmy haul for its fourth season attests, and it’s still pretty good. Yet given the highs that the younger versions of these characters delivered, to borrow from the Queen, watching the current season feels more like a preference than a requirement.

“The Crown” begins its fifth season November 9 on Netflix.