‘The Family Chantel’: Winter Announces She’s Engaged to Jah and Her Family Isn’t OK With It (Exclusive) 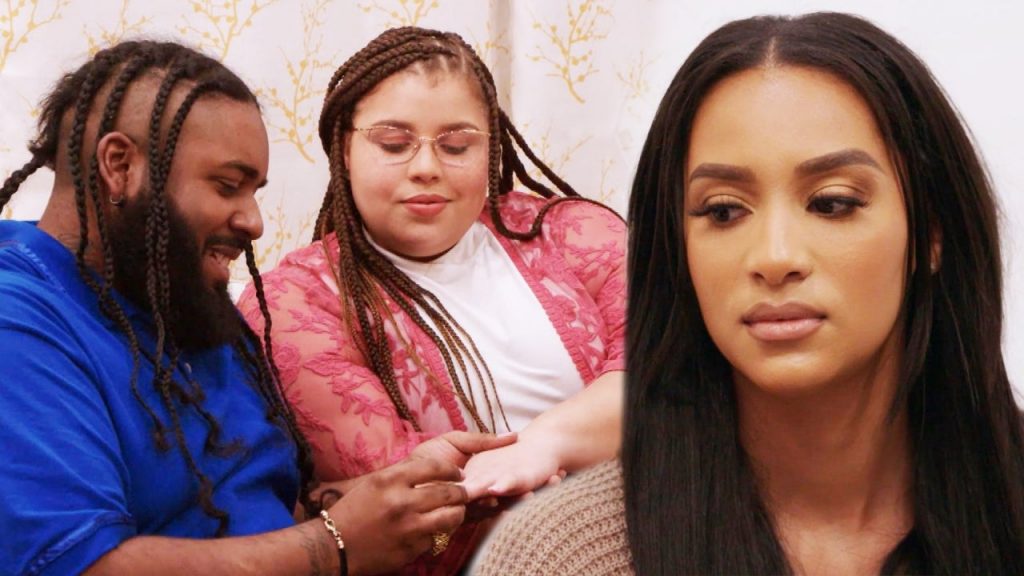 90 Day Fiance star Chantel‘s family can’t hide their disappointment after her sister, Winter, announced she’s engaged to her longtime boyfriend, Jah. In this exclusive clip from Monday’s new episode of The Family Chantel, Winter drops the big news and is stunned at how her family takes it.

Winter’s family are not fans of Jah, after they previously uncovered that he had a child he never told Winter about, and due to him persuading Winter to follow a Nazarene faith, which Chantel claimed Winter didn’t even understand. Still, Winter has stuck by Jah, and in the clip reveals they’ve decided to take their relationship to the next level. Chantel is immediately disappointed that Winter told their brother, River, about the engagement first and so was their mother, Karen. Winter says Jah proposed in an escape room and Chantel awkwardly cracks, “But you didn’t escape!”

In a confessional, Chantel also shades the ring Jah proposed with, not even getting the color of the ring — which is blue — right.

“I can’t even see correctly because I didn’t have my glasses on,” she says. “I was taken aback.”

Later, Karen tells Winter that she and Jah don’t have to start setting a wedding date just because they’re engaged.

“Winter, this is your time to get yourself together,” she says. “For you, get everything you need and want and reach your goals. After you have attained them, then set a date. Do not run off and getting married right now. That would be, in my opinion, not the right thing to do, OK? I mean what I say.”

Winter can’t hide her own disappointment over how her family took what was supposed to be exciting, happy news.

“My family’s reaction to our engagement was not something that I expected,” she tells cameras. “I thought they would be happy, saying, ‘Oh my gosh, congratulations.’ But it was quite the opposite.”

Jah adds, “After all these years you would expect they would be jumping up for joy that their second daughter was getting married, but they weren’t happy.”

The Family Chantel airs Mondays at 8 p.m. ET/PT on TLC.

‘The Family Chantel’: Pedro and River on Their Sister’s Taste In Men

‘The Family Chantel’: Pedro Discusses His Dad Having Another Family