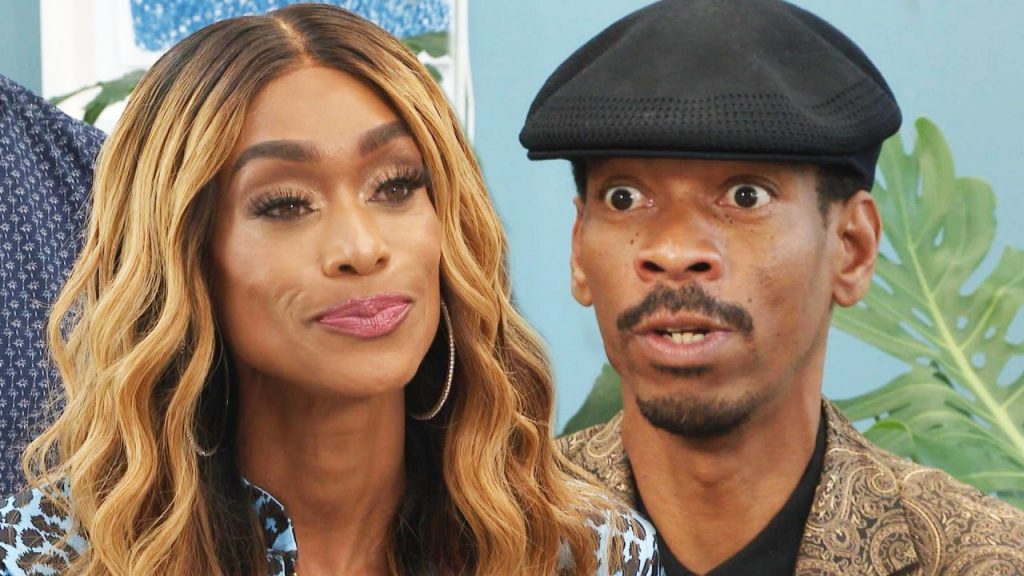 What happens when seven former roommates move back into the same house to find out how their lives have transformed since the cameras stopped rolling nearly 30 years prior? Lots of drama, especially when it comes to the cast of The Real World: Los Angeles, which sees Beth Anthony, Beth Stolarczyk, David Edwards, Glen Naessens, Irene Berrera-Kearns, Jon Brennan and Tami Roman all getting back together for season 2 of The Real World Homecoming series on Paramount+.

Ahead of their anticipated reunion, only ET was on set with the cast as memories were revisited and the chaos unfolded in real time. “It is definitely a roller-coaster ride, so get ready,” Beth S. tells ET’s Kevin Frazier as the cast sits down for a group interview to preview what’s to come from the upcoming episodes, which includes “settling some unfinished business.”

For fans of season 2 of the MTV reality series, which originally aired from June to November of 1993, Los Angeles was iconic for capturing so many wild moments (both good and tragic) and changing the genre forever with its “confessional”-style interviews, introduction of new roommates and even more topical stories. Along the way, the cast members tackled important issues, such as abortion, consent, eating disorders, safe sex and same-sex relationships, in ways fans of the series had never seen before — resulting in some unexpected consequences.

One of the most explosive and unforgettable moments was when Beth S., David, Jon and Tami found themselves in a tug-of-war over Tami’s blanket, which she was using at the time to cover up her body. The incident, which seemingly started out as a funny situation quickly escalated into a serious fight about consent and sexual assault, with David being accused of crossing the line and eventually being kicked out of the house for violating Tami’s personal boundaries.

That is notably some of the “unfinished business” Beth S. was referring to, especially since most of the cast has not seen or spoken to each other since the show stopped taping. “Honestly, I think that none of us looked good that night,” Jon says now, adding that “the whole house looked really bad [but] the repercussions fell down on David harder because he was the one that kind of [instigated] the whole incident.”

David then responds by saying, “You guys have to watch the show to get where I am coming from,” which garners a laugh from the group, who all agree that their former roommate has not really changed in the years since.

“That was a long time ago so I am hoping that we can all move forward,” Beth S. says later, before Tami reflects on how everything was handled then. “I think the situation, the way it happened in ’93, as Jon said, we all looked at it now and felt that we did not handle it properly. And from that thought process, we all kind of came into this moment wanting to right wrongs and then, you know, and try,” she says. “[But] then sometimes things go the way you hope them to and then sometimes they don’t.”

But despite nearly three decades of time to heal and grow since then, there is clearly tension among the group. And it’s at that moment that David unexpectedly walks out of the interview with ET after seeing Tami’s husband and former NFL player, Reggie Youngblood. After a while, David returns to the interview before suddenly walking off again, saying, “I don’t want to do this anymore.”

When pressed for an explanation, Tami says, “I cannot give away too much, but I will say that certain things happen this time around that nobody anticipated. And my husband is always going to have my back.”

Needless to say, “[there’s] lots of tension,” Beth S. says, with Beth A. adding later, “Everyone walked out of here with their own experience, their own labels that were placed on them in 1993… For some of us, it feels like so much has happened in between and for others, there is a constant reminder.”

“So, this is a heated Homecoming — and we are a controversial bunch,” Beth A. continues. “There are a lot of hot topics that were just as relevant in 1993 as they are today, and we were brave enough to go down that road.”

“And it’s a reality show. So, it was real life. There was good, there was bad and there was ugly,” Jon explains, adding that beyond the David-Tami fight, the cast will explore other several groundbreaking and heartfelt moments on the show. “I think that the viewers will love to see that discussion.”

For more of the dramatic interview and a tour of the Venice Beach house, where the cast finds themselves once again, watch the video above.

ET and Paramount+ are both subsidiaries of ViacomCBS.

‘The Real World Homecoming’: The ‘New York’ Cast on Reuniting and How to Watch

‘The Real World: New York’: What to Remember About Season 1