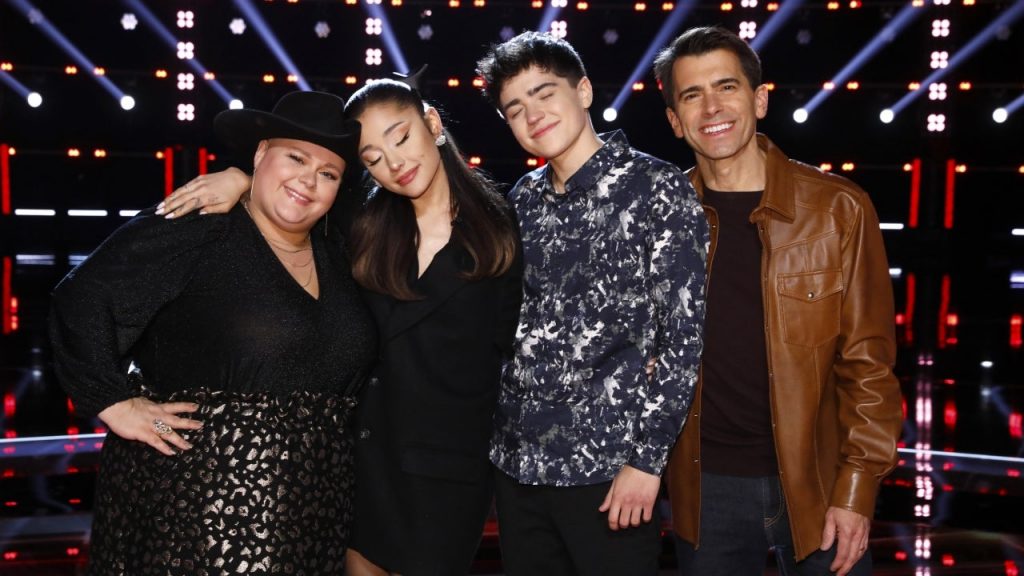 The Voice’s newest coach took the stage with her team on Tuesday for a stunning performance!

Team Ariana Grande‘s remaining competitors from the Top 11 — Kentucky singer Holly Forbes and Connecticut-based father-son duo Jim and Sasha Allen — took the stage with their coach on a cozy campfire set for a pitch-perfect performance of the Kanye West, Paul McCartney, and Rihanna collab “FourFiveSeconds.”

The performance was a perfect display of the team’s talents, with Holly showcasing her soulful sound and powerful pipes and Jim and Sasha blending perfect harmonies with their impressive vocals. Led by Ari’s own show-stopping talent, it was a perfect way to celebrate season 21’s sensational remaining singers.

As the competition heats up, Team Kelly Clarkson has the season 21 advantage for now, after her team swept the competition last week, with all four singers moving on to the Top 11 — including the winner of the latest Instant Save, Gymani! Blake has three singers remaining in the competition, while John and Ariana have two apiece.

‘The Voice’: Watch the Top 11 Performances and Vote for Your Favorite!