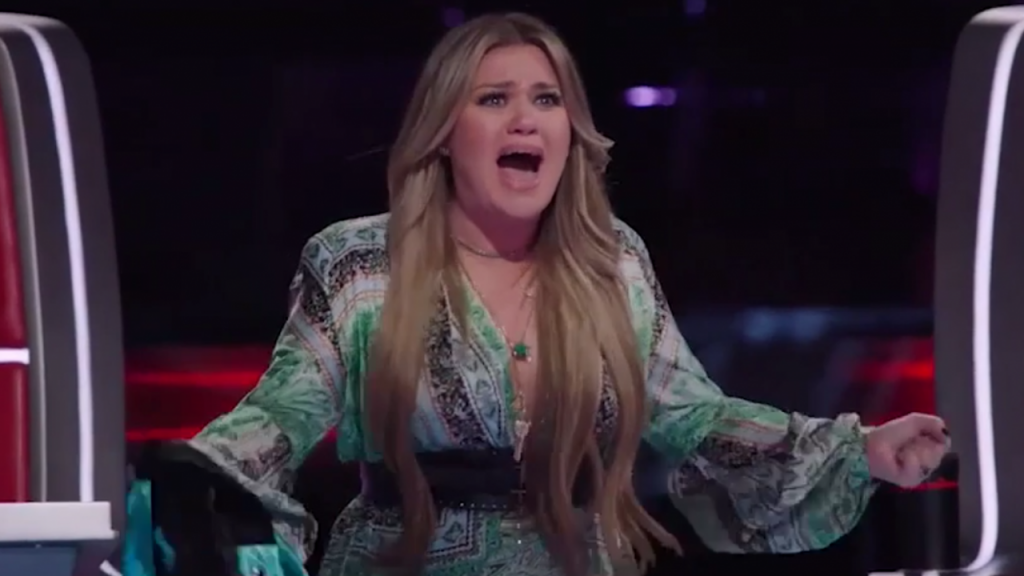 Season 21 of The Voice is down to the Top 13 singers, but one of the coaches has a bit of an advantage over the others!

Kelly Clarkson’s been touting her team’s strengths all season, but after 14-year-old Hailey Mia won the first Instant Save of the season last week, Team Kelly has a genuine leg up in the competition, with four singers remaining on her team, while Blake Shelton, John Legend and Ariana Grande each only have three. Not only that, but two of the Top 13 singers on other teams — Team Legend’s Jershika Maple and Team Ariana’s Holly Forbes — were originally Team Kelly before getting stolen in the Battle and Knockout Rounds!

“There are some seasons when I end up with so many great singers that I get nervous about it, and you have to let some go to other teams,” Kelly told ET following Monday’s live performances.

As for Hailey, who was originally Team Legend before Kelly stole her during the Battle Rounds, Kelly and John both marveled at the season’s youngest competitor, who Kelly said “has such a strong sense of who she is as an artist already.”

“She has such an amazing voice — her tone, sustaining all the notes she does, the breath control — everything she has is such an amazing gift for any singer, let alone being 14,” she added. “It’s such an amazing thing to see such a young person be such a great storyteller, even if she hasn’t lived the story quite yet, you know?”

“She’s such an old soul,” John agreed. “There’s so much maturity in her voice.”

Follow along with ET during season 21 to see performances from Hailey and the rest of the Top 13 singers and learn how to vote for your favorites!

‘The Voice’: Watch the Top 13 Live Performances and Vote for Your Favorite!

‘The Voice’: Jim and Sasha Allen Impress Again With ‘Your Song’