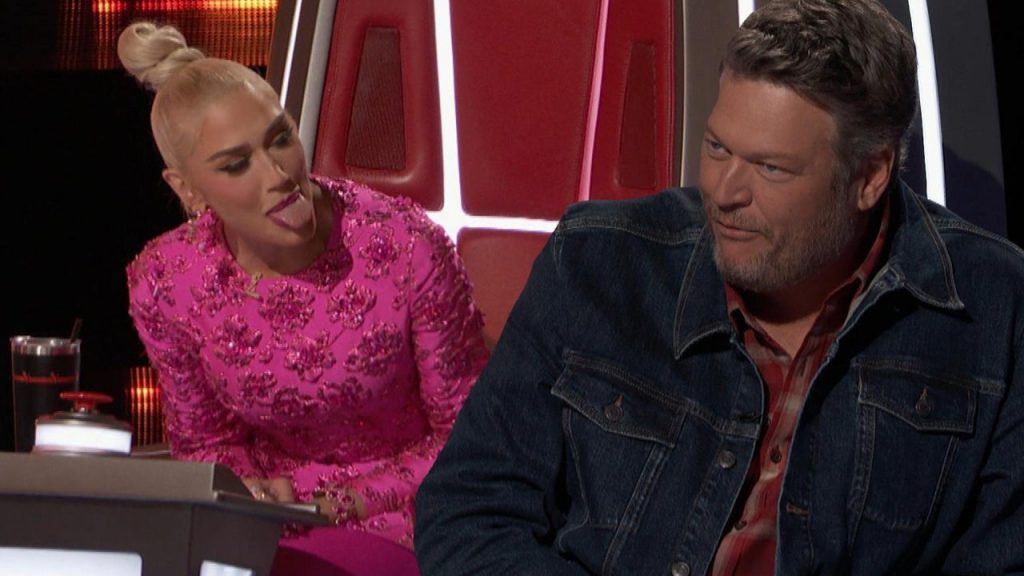 ‘Bros’ Star Billy Eichner Reveals Which Celebs’ Numbers He Has i…

Christina Haack Says Divorce From Ant Anstead Was ‘For the Best’…

Why Goldie Hawn Is ‘In Awe’ of Daughter Kate Hudson (Exclusive)

Ansley Burns is just 15 years old, but the talented young singer had Blake Shelton and Gwen Stefani ready to do battle during Monday’s The Voice!

The talented teen, who hails from South Carolina, was previously a semifinalist on season 14 of America’s Got Talent when she was just 11, but has returned to the stage for this season of the NBC singing competition, wowing the coaches with her performance of LeAnn Rimes’ rendition of “Unchained Melody.”

Both Blake and Gwen turned their chairs for Ansley, however, Blake was quicker on the draw, and dropped the block on his wife — landing her for his team!

“I literally used my block on my wife,” Blake told the young singer, sharing how passionate he was about having her join his team. “You’re stuck with me, I’m sorry!”

Gwen didn’t seem too offended by the loss, snapping a proud pic of the two onstage to show off their hilarious height difference. She praised Ansley’s tone and told her she’s excited to see her grow throughout the competition.

“I’m super happy for you, because Blake is one of the greatest guys in the whole world,” Gwen gushed.

When ET spoke with The Voice coaches ahead of season 22, Gwen admitted that, despite the competition, she was having a great time being back on set with her hubby. “It’s just pretty fun,” she admitted, referencing one of the pair’s duets as she added, “Like, ‘Happy Anywhere,’ you know what I’m saying?”

But while Blake claimed that he’s “more competitive” and strategic with Gwen back, John Legend joked that having his wife on set is the country star’s “kryptonite.”

“She takes the edge off him just a little bit,” he explained. “She is his weakness.”

As for Blake, he was playing it cool, and praising the “unbelievable” level of talent that singers always bring to The Voice.

“The reason there is four coaches on The Voice is because it takes three people to go against me,” he teased.

‘The Voice’: Camila Cabello Gets ‘Awkward’ After a Shawn Mendes Song