‘The Voice’: John Legend and His Team Bring the House Down With ‘Don’t You Worry ‘Bout a Thing’ Performance 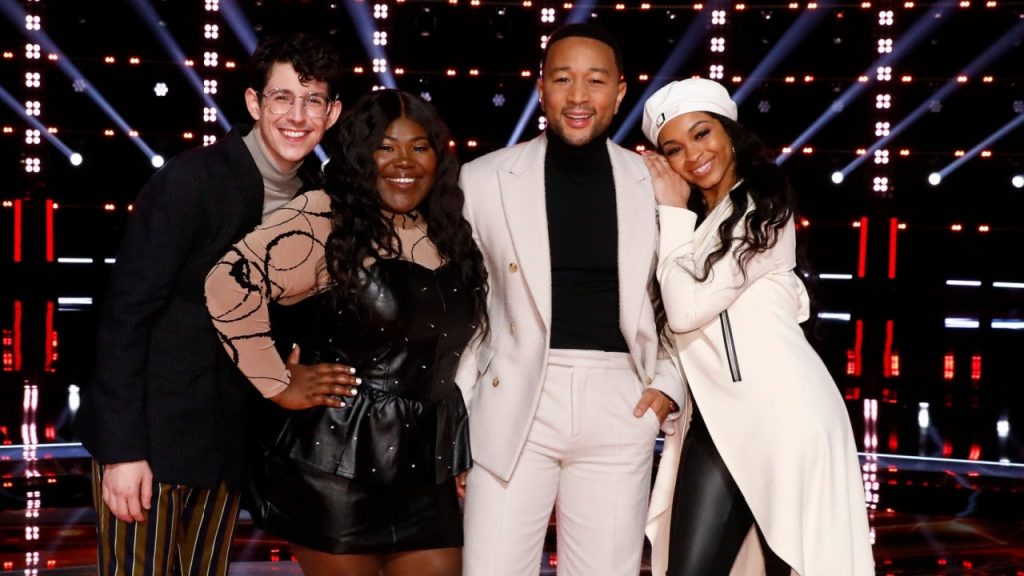 The Voice season 21 is down to the Top 11, but first, it was time for some show-stopping performances!

John Legend and his Top 13 team members — Shadale, Jershika Maple and Joshua Vacanti — took the stage during Tuesday’s live results show and brought the house down with their performance of “Don’t You Worry ‘Bout a Thing.”

The team was classily clad in all black and white, stunned on the soulful track’s vocal runs and harmonized brilliantly, getting the other coaches on their feet for a standing ovation.

Following Monday’s live Top 13 performances, John and Kelly Clarkson spoke with ET about Kelly’s advantage in the season 21 live shows. After Hailey won the first Instant Save of the season last week, Team Kelly has a genuine leg up in the competition, with four singers remaining on her team, while John, Blake Shelton and Ariana Grande each only have three.

Not only that, but two of the Top 13 singers on other teams — Team Legend’s Jershika Maple and Team Ariana’s Holly Forbes — were originally Team Kelly before getting stolen in the Battle and Knockout Rounds!

“There are some seasons when I end up with so many great singers that I get nervous about it, and you have to let some go to other teams,” Kelly told ET.

Follow along with ET during season 21 to see performances from the Top 13 singers and learn how to vote for your favorites!

‘The Voice’: Watch the Top 13 Live Performances and Vote for Your Favorite!

‘The Voice’: How to Vote for the Instant Save!