‘The Wheel of Time’: What it is and how to watch it 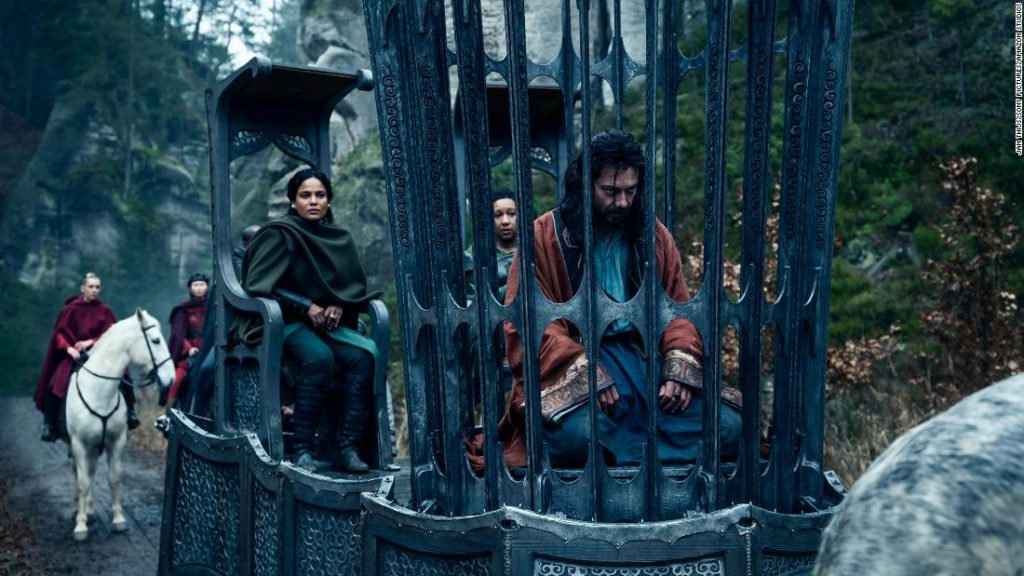 Share on facebook
Share on linkedin
Share on twitter
Share on email
It depends on who you ask.
Some on Twitter have made the comparison, and GQ published a recent story with the headline, “Inside Wheel of Time, Amazon’s Huge Gamble on the Next Game of Thrones.”
But reviews have been mixed so far.
Here’s what you should know about the epic fantasy series:
Read More

The new series has plenty of source material as it’s based on a series of fantasy novels written by Robert Jordan.
There are 14 novels and a prequel. Writer Brandon Sanderson co-authored the final three novels after Jordan died in 2007.

Rosamund Pike plays the protagonist, Moiraine Damodred, and also serves as one of the producers of the series.
She is joined by Daniel Henney, who plays Lan Mondragoran, Madeleine Madden as Egwene al’Vere and Josha Stradowski as Rand al’Thor among the cast.

This is the tricky part as it gets a bit complicated.
The simplest explanation is that the action revolves around determining who among a group of men and women is the Dragon, a reincarnation who is the only one with enough power to defeat evil in the form of the Dark One.

Where you can watch it

“The Wheel of Time” is currently streaming on Amazon Prime.

PrevPreviousSam Asghari Says He Wants to Marry Britney Spears in ‘the Biggest Wedding in the World!’ (Exclusive)
Next‘Cowboy Bebop’ and ‘The Wheel of Time’ add to streaming’s quest for attentionNext