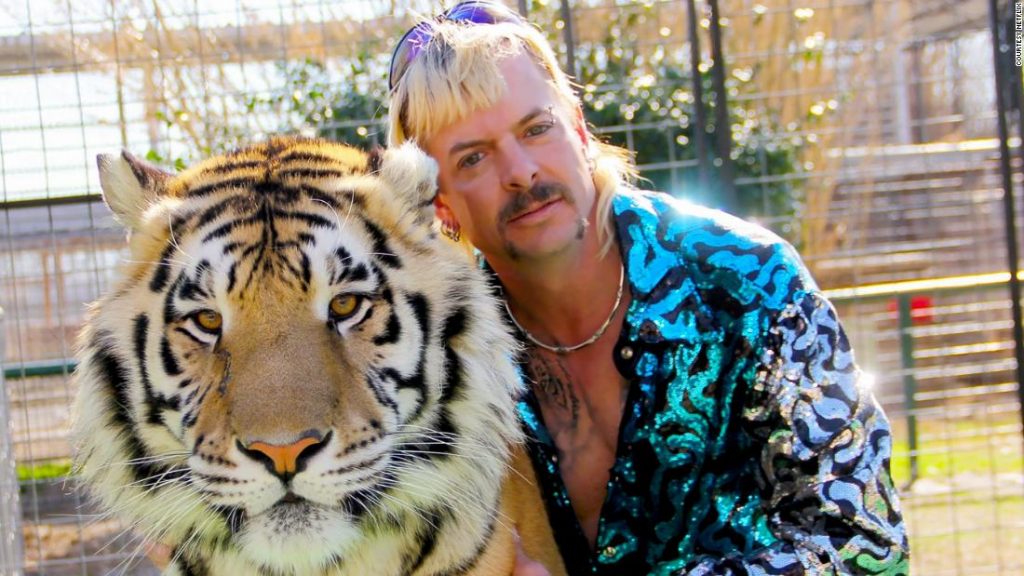 Share on facebook
Share on linkedin
Share on twitter
Share on email
Adding relatively little to the story, and jumping all over the place, the project is mostly defined by how self-referential it is, with almost all roads leading back to the impact of the original docuseries, which was, let’s face it, 19 months ago.
If you’re feeling nostalgic for the the early days of the pandemic for some reason or eager to see what Joe Exotic (as well as several lawyers) are up to, the five-episode season of “Tiger King 2” is streaming now on Netflix.
The docuseries picks up where the first season left off, with Joseph Maldonado-Passage serving a 22-year prison sentence for violating the Endangered Species Act and an attempted murder-for-hire plot against rival big cat sanctuary owner Carole Baskin.
Baskin and her current husband, Howard, have said they felt betrayed by their portrayal in the first season of the show and declined to participate in the second. The series revisits the disappearance of Baskin’s first husband, Don Lewis, but doesn’t shed new light.
Read More
The rest of the returning cast of colorful characters seem to be enjoying the notoriety “Tiger King” has brought them.
Carole Baskin is in a ‘Cage Fight’ post ‘Tiger King’
The timing of “Tiger King’s” initial release in March of 2020, in hindsight, couldn’t have been better. The timing now feels like a bit of a snooze. Assuming that counts as the concept’s second life, let’s hope nobody’s planning on seven more.