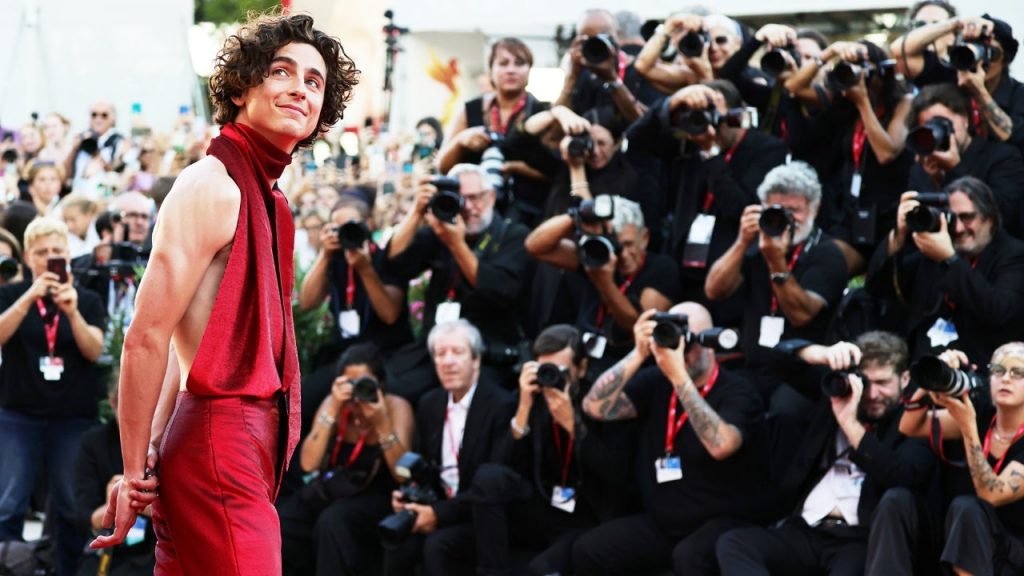 Timoth?e Chalamet is sharing some sage career advice Leonardo DiCaprio gave him. In British Vogue’s October issue, where Chalamet is making history as the first male solo star on the cover, the 26-year-old got candid about his career and his upcoming role as Willy Wonka in the movie musical, Wonka.

The advice from DiCaprio came in 2018, when Chalamet first met the Oscar-winning actor, and the Once Upon a Time in Hollywood star kept it pretty simple: “No hard drugs and no superhero movies.”

While it appears Chalamet has achieved that so far, the Dune actor said he never envisioned his career blowing up the way that it has.

“I had a delusional dream in my early teenage years to have, in my late teenage years, an acting career. And in my late teenage years, working on Homeland and starting to do theatre in New York, I felt like I reduced my goal to something more realistic, which was to work in theatre and hopefully make enough money doing either a TV show or something I could sustain myself [with],” Chalamet explains. “And then it felt like every dream came true, exponentially. And then life is moving at six million miles per hour.”

The COVID-19 pandemic forced him to take a step back, however, giving him a perspective he said he didn’t have until now.

“When COVID hit, it required me to take a step back and be humbled to the idea that the greatest rock star…No, I don’t want to use that word, sorry, sorry. Scratch rock star. But [everyone has to] deal with, like, taxes and the dentist and real adulting, you know? I should have been trying to get my adult feet under myself a little bit earlier than I did,” he says.

“I found myself having to really, you know, be honest with myself that where I’ve been able to get myself to in life was balls to the wall, like throwing everything at [it] at a young age that, by some miracle, got me to where I am. But to then transition to an adulting mindset…” Chalamet continues.

What’s adulting for Chalamet? Think taxes and the dentist.

“I’ve always paid my taxes, I always went to the dentist, but I’m suddenly very aware of that,” he remarks. “So the ways I feel older than 26 I have always felt. It’s not like I feel like I’ve had some mental breakthrough that has given me perspective. The perspective that feels ‘old man,’ I feel like I was born with it. The empath thing, the thinking for everyone in the room, the sort of misplaced idea, this sort of illusion, of control based on trying to feel for everyone.”

Bold in his fashion choices and with his film role, Chalamet is gearing up to play Willy Wonka in the movie musical Wonka — set ahead of Charlie and the Chocolate Factory — which follows Wonka in his early days as an eccentric chocolatier. While he got the internet buzzing with the first-look images of him in Willy Wonka’s velvet suit and top hat, he said the photos are misleading, telling Vogue that the film is “joyous.”

“You know what’s really funny about that, is it’s so misleading. This movie is so sincere, it’s so joyous,” Chalamet gushes, before revealing that the has seven musical numbers throughout the film.

“I hate to say it, but the dream as an artist is to throw whatever the f**k you want at the wall, you know? And I guess what I’m realizing is that one’s personal life, one’s adult life, can be quite boring and the artist’s life can still be extraordinary,” he adds of the role.

For more on Chalamet, check out the video below.