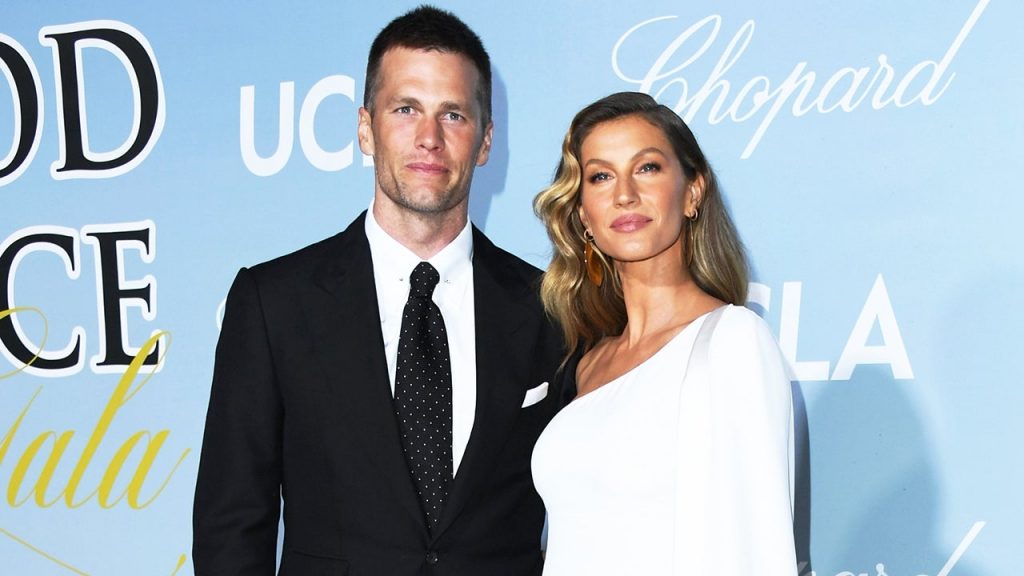 Tom Brady and Gisele Bu?ndchen need some space amid their marital woes, and they’ve accomplished exactly that by living separately.

According to multiple reports, the NFL star and 42-year-old supermodel are not currently living in the same household as they continue to work on their marriage. CNN reports that the couple is currently dealing with “marital issues” while Us Weekly reports that, citing a source, they’re “not seeing eye to eye regarding his retirement.” But, despite the new housing development, the couple continues to communicate.

Less than a week ago, B?ndchen appeared to downplay the marriage trouble rumors by taking to Twitter on Sunday and showing support for Brady, who on Sunday kicked off his 22nd season in the NFL. He led the Tampa Bay Buccaneers past the Dallas Cowboys, 19-3, in a primetime nationally televised game. Just days after that victory, reports now surface that the couple is living separately.

Just last month, multiple reports pinned the rift on Brady’s decision to un-retire from the NFL. While B?ndchen shared nothing but support for her husband’s decision to return to the sport, per People, the model “wasn’t thrilled” with her husband ending his retirement from professional football after only two months.

B?ndchen was said to have been “so happy” when Brady announced his retirement and was upset when he went back on that and re-entered the world of football.

The split rumors were compounded by the fact Brady took a rare leave of absence in the middle of the Bucs’ training camp to “deal with some personal things.” At the time, it had been rumored Brady’s absence was perhaps related to a secret appearance on The Masked Singer, the reality singing competition show broadcast on the same network, Fox, where Brady’s set to continue his football career as the network’s lead booth analyst after inking a lucrative deal.

In a new cover story interview for Elle‘s October 2022 issue, B?ndchen opened up about her concerns for Brady’s safety as her 45-year-old husband plays such a violent sport and her wanting him to be more present.

“Obviously, I have my concerns–this is a very violent sport, and I have my children and I would like him to be more present,” she said. “I have definitely had those conversations with him over and over again. But ultimately, I feel that everybody has to make a decision that works for [them]. He needs to follow his joy, too.”

On top of his NFL career and his Fox Sports job on deck, Brady’s been remarkably busy since he un-retired. For starters, his production company, 199 Productions, is behind the 80 for Bradyfilm in which the quarterback’s set to star opposite Jane Fonda, Rita Moreno, Sally Field and Lily Tomlin.

He also launched a golf apparel line, co-hosts a popular podcast and is also a co-founder and investor in multiple cryptocurrency and NFT businesses, including the NFT platform, Autograph.

With so much on his plate, it’s no wonder why the future Hall of Famer told ET’s Rachel Smith he feels guilty about how much time he spends away from B?ndchen and his kids — John 14, Benjamin, 12, and Vivian, 9.

“Being available to your kids is really important… I feel like I’m so driven to succeed in football and that’s taken me away from other important priorities, which are my kids, my wife,” Brady told ET. “She’s really held it down for our family. I’m super grateful that she really committed so much of her time the last 14 years to make sure everything was so stable at home, so I could go live my dream. I look back at my parents, and my dad and mom did the same thing for me.”

“I do feel, maybe, some guilt that I haven’t been able to do that in the same way for my kids, but I’m doing the best I can do,” he added. “I’m trying to be really conscious and aware of that, and then when I do have the time to spend with them, I’m really present.”

He echoed a similar sentiment in 2020 on The Howard Stern Show, when he revealed that in 2018 B?ndchen told him she “wasn’t satisfied” with their marriage.

“A couple of years ago, she didn’t feel like I was doing my part for the family,” Brady explained at the time. “She felt like I would play football all season and she would take care of the house, and then all of a sudden when the season ended, I’d be like, ‘Great, let me get into all of my other business activities. Let me get into my football training,’ and she’s sitting there going, ‘Well when are you going to do things for the house? When are you going to take the kids to school and do that?'”