Tom Holland Says He and Zendaya Love Each Other ‘Very Much,’ Talks Keeping Their Relationship Private 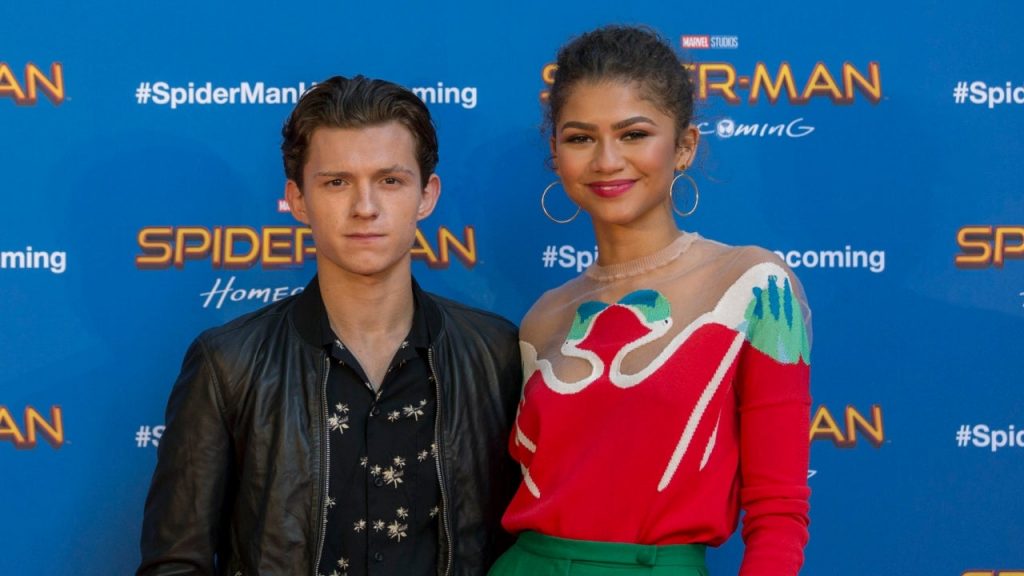 Tom Holland and Zendaya didn’t want to share their relationship with the world. The 25-year-old actor covers GQ‘s Men of the Year issue, and reveals how he and his Spider-Man: No Way Home co-star felt after pics of them kissing in a car were leaked in July.

“One of the downsides of our fame is that privacy isn’t really in our control anymore, and a moment that you think is between two people that love each other very much is now a moment that is shared with the entire world,” says Holland, who additionally revealed that he has a recurring nightmare in which he’s paralyzed in his bed as paparazzi surround him.

Romance rumors between the pair have swirled since the first Spider-Man press tour in 2017, and the 2021 pics added fuel to the fire. Though neither Holland nor Zendaya has officially confirmed their romance, they spent the Fourth of July together, and have praised each other in interviews and on social media.

“I’ve always been really adamant to keep my private life private, because I share so much of my life with the world anyway,” Holland says, adding that he and the 25-year-old actress “sort of felt robbed of our privacy” when the pics of them kissing surfaced.

It’s not that he and Zendaya weren’t ready to talk about their rumored relationship, Holland says, but rather, “it’s just that we didn’t want to.”

“It’s not a conversation that I can have without her… This isn’t my story. It’s our story,” he says. “And we’ll talk about what it is when we’re ready to talk about it together.”

As for Zendaya, she tells the magazine that the whole situation “was quite strange and weird and confusing and invasive.”

“The equal sentiment [we both share] is just that when you really love and care about somebody, some moments or things, you wish were your own,” she says. “…. I think loving someone is a sacred thing and a special thing and something that you want to deal with and go through and experience and enjoy amongst the two people that love each other.”

Zendaya has no qualms about praising her rumored beau for his work, though, telling GQ, “Anytime I’ve ever watched him work, he does it 150 percent. It’s incredible to watch.”

That work has seen Holland play Spider-Man in five movies, after beating out thousands of other actors for the role in 2015. Having the role and garnering massive fame so young was a challenge, Holland says, and something Zendaya, a former Disney Channel star, was able to help him navigate.

“The ages between 15 and 21 are when you figure out who you’re going to be. When everyone’s telling you that you’re the best thing in the world, you can grow up and believe that,” he says. “Having her in my life was so instrumental to my sanity.”

“She is so good at being the role model for young guys and girls,” he praises. “When anyone comes up, like, ‘Can I have a picture?,’ it’s never a bad time. Whereas my initial reaction was: ‘Why are you talking to me? Leave me alone.'”

Spider-Man: No Way Home, which is due out Dec. 17, is the last flick in Holland’s Spider-Man contract, and he plans to take a long-awaited break following its release.

“It’s very strange,” he admits. “The last six years of my life, I always had a job to go to. It’s kind of terrifying, but it’s also really exciting.”

As for if No Way Home is really the end of his days as Spider-Man, Holland suggests, “Maybe it is time for me to move on.”

“I have to take Peter Parker into account as well, because he is an important part of my life,” he says. “If I’m playing Spider-Man after I’m 30, I’ve done something wrong.”

With a break looming and his next career steps unknown, Holland is still trying to figure out what he wants to do in the long term.

“I definitely don’t think I want to be an actor for the rest of my life,” Holland shares, noting that being a carpenter or stay-at-home dad are ideas that appeal to him. Acting, though, isn’t off the table.

“I might start shooting The Crowded Room and go, ‘You know what, this is what I’m going to do for the rest of my life.’ Or I might do Spider-Man 4, 5, and 6, finish when I’m 32, and never make another. I’m not sure what I want to do,” he says. “Now as I’m getting a little bit older, I’m like, It’s good to have things to work for. Just don’t give 100 percent of your energy towards it. I’m trying to live my life a little bit more freely.”