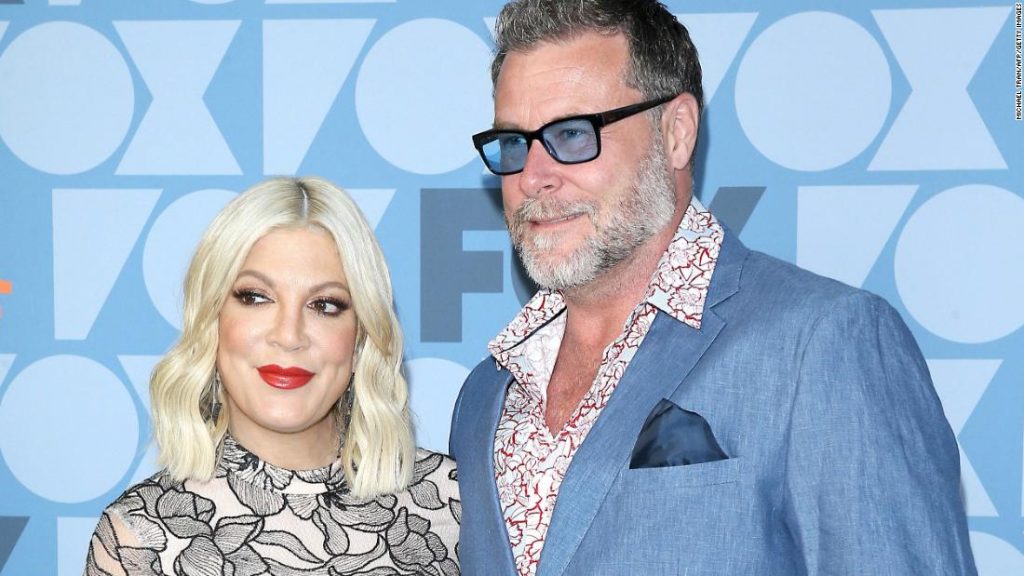 Share on facebook
Share on linkedin
Share on twitter
Share on email
His wife, actress Tori Spelling, shared the card on her Instagram Monday and explained why.
The photo showed her and the couple’s five children.
“It’s that time again,” the caption on the photo began. “And it’s a winter wonderland at my house!”
It was noted in the comments that her husband was absent, further fueling reported speculation that the pair have hit a rough patch in their marriage, which was amplified in June when she shared during a SiriusXM interview that they were sleeping in separate beds.
Read More
But Spelling had a simple explanation for her husband not joining her and their kids Liam, 14, Stella, 13, Hattie, 9, Finn, 8, and 4-year-old Beau.
“Fact: @imdeanmcdermott was filming his new feature film in Canada,” she wrote in the comments in response to one of her followers.
The couple, who met on set of the Lifetime film “Mind Over Murder” in 2005, have been married since 2006.