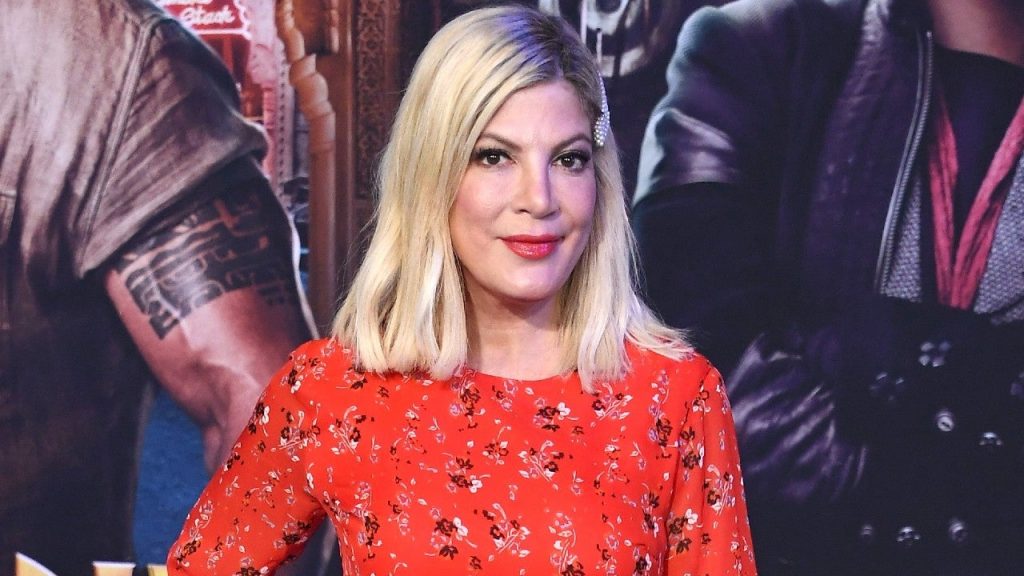 Tori Spelling is looking into a longterm issue relating to her breast implants. The 48-year-old mother of five took to her Instagram Stories to share that she’s seeking the help of a plastic surgeon.

“After needing to for many years I’m finally addressing my expired and recalled implants,” she wrote. “Thanks for squeezing me in @driplasticsurgery. Great consult! I adore you already…”

Spelling has been vocal about regretting her breast implants in the past. In a 2011 interview with ABC, she talked about the impact of the procedure on breastfeeding her children.

“I got my boobs done in my early 20s, and if I had known then that it would or could possibly impact the production of milk, I would never have had them done,” she shared at the time. “I mean, I love being a mom. I’m on my third baby. That’s my role. These don’t matter.”

Though she’s been open about her boob job, Spelling denied getting plastic surgery on her face while on SiriusXM’s Radio Andy’s Jeff Lewis Live show in September.

“I have an amazing makeup artist now. Her name is Hayley Hoff,” Spelling shared, crediting her new look to contouring. “…She does makeup like no one else… It looks like I’ve had a nose job, and it’s straight now. It’s all contouring.”

While she’s focusing on her health, Spelling’s marriage to Dean McDermott isn’t going very smoothly. Earlier this month, a source told ET that the couple is “very much struggling.”

“Tori and Dean do things as a family for the sake of their kids and live in the same house but sleep in separate rooms,” said the source. “Tori is more vocal about what goes on between them, and Dean is just completely checked out.”

The source noted that McDermott’s continued alleged infidelities have hurt the marriage most.

“Dean has been caught in so many lies and infidelities over the years and Tori is just over it,” the source continued. “Dean does not want to get divorced because of financial reasons, and Tori doesn’t want to for the sake of their family.”

Tori Spelling and Dean McDermott Are ‘Struggling’ in Their Marriage