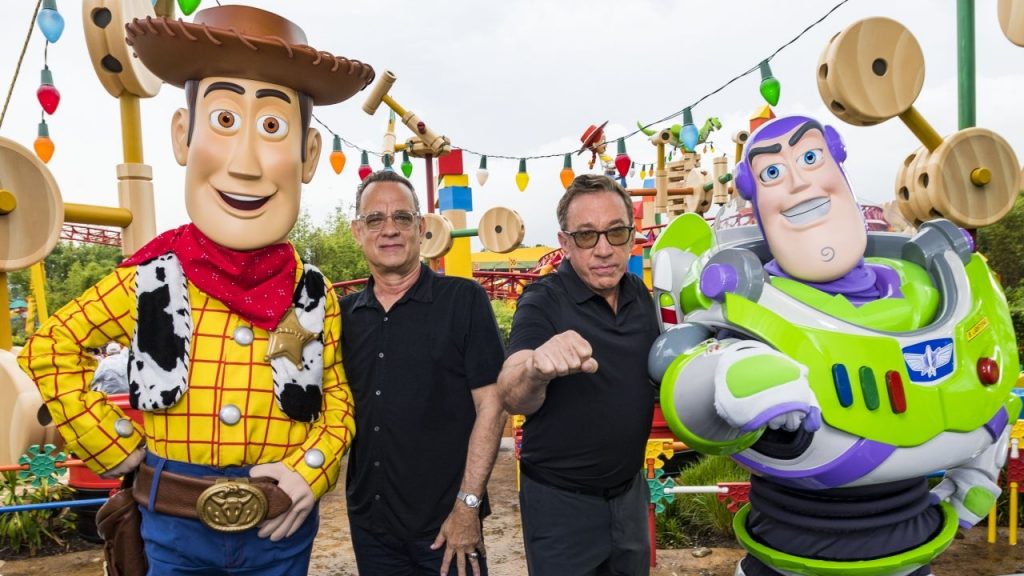 TMZ posted a photoSaturday morning showing the co-stars enjoying breakfast a few days ago at the Luxe Sunset Boulevard Hotel on the Sunset Strip. The actors were wearing shades and they both had their legs crossed while appearing to be deep in conversation. Exactly what they chatted about is unclear, but the meeting comes nearly three months after Hanks reacted to Allen not being cast in Lightyear, starring Chris Evans as the voice of Buzz Lightyear.

During a conversation with CinemaBlend back in June, Hanks was asked about the Baz Luhrmann-directed biopic Elvis — in which he stars as Elvis’ manager, Col. Tom Parker — and Lightyear being in theaters at the same time.

“I wanted to go head-to-head with Tim Allen,” Hanks said. “They didn’t let Tim Allen do it. I don’t understand that.”

Hanks didn’t elaborate on the comment, instead pivoting to talking about the thrill of theaters filling up once again post-lockdown.

“Just as long as people come back to the motion picture theater,” he said. “I want to go back into the theater with a bunch of strangers and leave with something in common. That’s what I want to do.”

Hanks wasn’t the only one who didn’t understand why Allen didn’t get the part. Many fans were puzzled at the casting move. But it should be noted that the casting came down to logistics for the character. While Allen is the voice of Buzz Lightyear, the toy, Evans is the voice of Buzz Lightyear, the cinematic astronaut that the toy is based off of in the Toy Story universe.

While promoting the film earlier this summer, Evans spoke to ET’s Matt Cohen and praised Allen, while also admitting that uttering the character’s most famous line — “To infinity and beyond!” — proved “nerve-racking.”

“Because it’s something that we all know from someone else,” Evans said, referring to Allen’s delivery of the line as Buzz Lightyear in the Toy Story franchise. “So it’s big shoes to fill and you want to put your own interpretation on it, but you also have to make sure you pay homage to what we all know and what we all love.”

Tom Hanks Reacts to Tim Allen Not Starring in ‘Lightyear’

Tom Hanks Reveals Why He Asked to Play Geppetto in ‘Pinocchio’