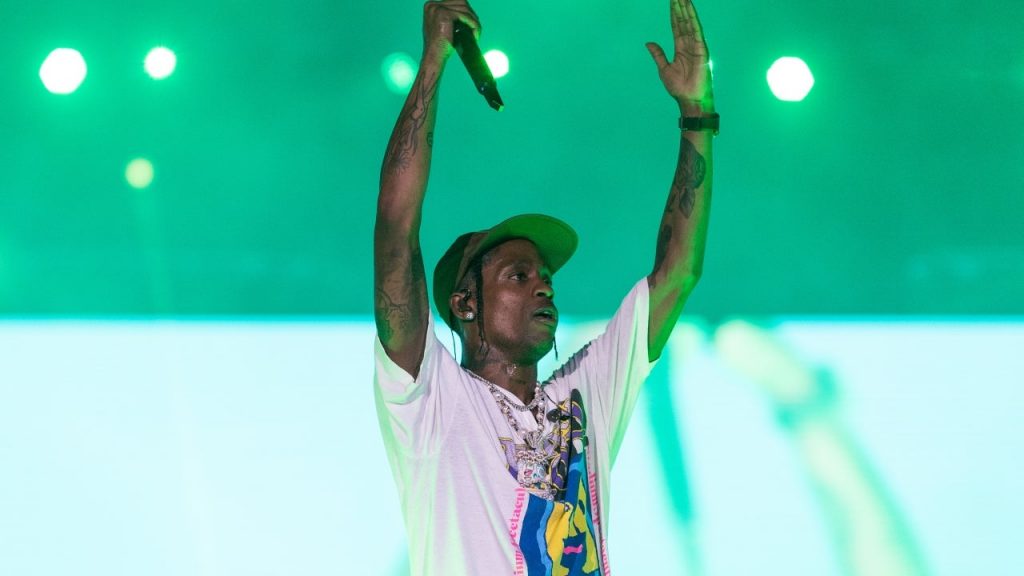 Travis Scott has officially made his return to the festival circuit. On Saturday night, the 31-year-old surprised the crowd at Rolling Loud Miami when he made an appearance during Future’s set.

The appearance was his first music festival appearance since last year’s Astroworld tragedy, which resulted in the deaths of 10 concertgoers.

Scott joined the 38-year-old rapper near the end of his set and they performed their collab, “Hold That Heat,” before launching into a medley of Scott’s songs, “Goosebumps” and “No Bystanders.”

Scott followed up that appearance with a performance at Miami nightclub E11EVEN on Sunday, where he previously made his return to the stage in May. The performance was one in a long line of events as the city welcomed Formula One for the 2022 Miami Grand Prix.

Earlier this month, Scott paused his impromptu set at the Coney Island Art Walls’ Independence Day event in New York when he saw several concertgoers climbing up the metal lighting truss and scaffolding to get a better view, precariously dangling on the metal framework. Scott saw the fans on the truss, and immediately stopped the show to demand that they get down. The concertgoers complied and the show proceeded.

Following the event, a rep for Scott told ET, “Travis is committed to doing his part to ensure events are as safe as possible so that fans can have fun, and he encouraged fans to listen to requests from security and climb down from the lighting structures so that everyone would be able to safely enjoy that night’s performance.”

Scott’s first major solo show since Astroworld will be at The O2 arena in London, England, in early August, which sold out in under two hours. To meet fan demand, the rapper added a second night.

The Houston native is still scheduled to headline the Primavera Sound Festival, but he’s only doing so for the South American leg in Brazil, Chile and Argentina in November.

In the midst of his comeback, Scott remains embroiled in multiple lawsuits filed against him (including a wrongful death lawsuit) stemming from the Astroworld tragedy.

Keke Palmer Stuns on Red Carpet at Premiere of ‘Nope’