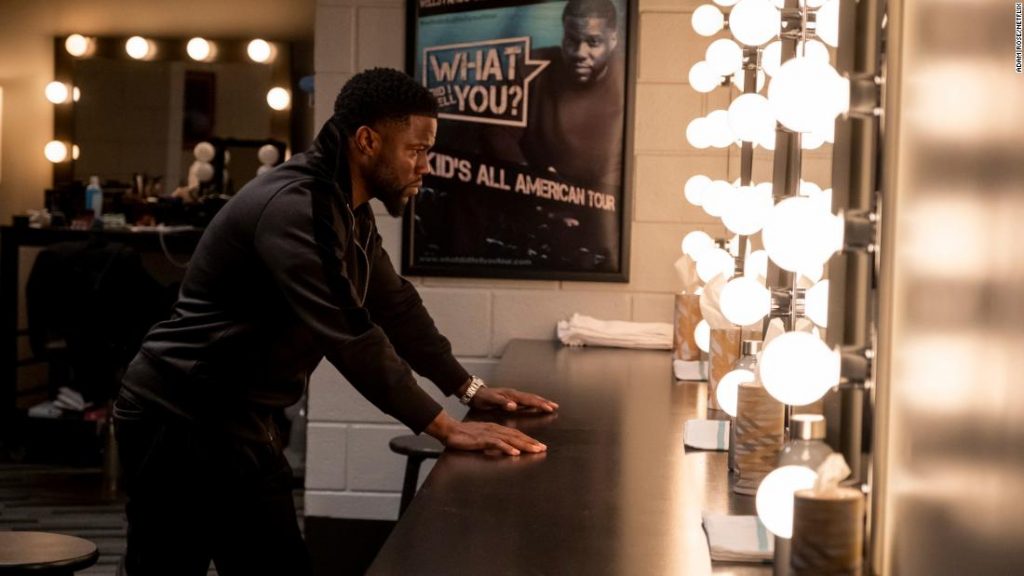 Share on facebook
Share on linkedin
Share on twitter
Share on email
The series notably follows another dramatic role by Hart for Netflix, the movie “Fatherhood,” a much softer exercise.
Here, he plays Kid, who comes to play in his hometown of Philadelphia, where a night out with his support-hungry brother Carlton (Wesley Snipes) triggers a major crisis, forcing him to engage his brother’s help to clean up the mess, while being drawn into the orbit of some very, very bad people.
Kid is also juggling high-profile movie roles, but his off-screen performance to appear cool and collected under these trying circumstances is a little hit-miss, with his agitated behavior unsettling his manager (Paul Adelstein) and causing friction among those around him.
Much of the kick in “True Story” involves seeing the world through Hart’s eyes, or at least the equivalent of them, as someone who is under constant scrutiny but receives plenty of benefits, all while dealing with adoring fans, one of whom (well played by “Sons of Anarchy’s” Theo Rossi) figures prominently in the plot.
Read More
Yet “True Story” mostly works as a pass-the-popcorn affair, where each apparent escape from the hangman’s noose yields an unexpected twist that drags the comedian further into this nightmare, threatening the career he has struggled to build, and revealing how far he’ll go to protect that.
Indeed, if Kid seems miscast for this world of true crime, as he says at one point regarding his stardom, “They don’t know what I did to get here.”
The story also zeroes in on the tension between the two brothers, with Kid having bailed Carlton out in the past, but now more prone to rely upon him under these extraordinary circumstances. “I got this,” Carlton reassures him.
Streaming has become an ideal platform for stars like Hart to explore other creative avenues without having to fret about opening-weekend concerns.
“True Story” achieves a delicate balance, providing a kind-of glimpse behind the central character’s (and by extension Hart’s) velvet-roped existence while taking on its own life as a solid thriller that tells a tight, self-contained story.
While nobody would want another season of that — after all, how unlucky could one guy be? — it is the kind of polished production that as Hart spreads his dramatic wings makes you eager to see what he’ll do for an encore.
“True Story” premieres Nov. 24 on Netflix.