TV OT: Wouldn’t Ed Sheeran at Stonehenge be brilliant? Plus, why ‘Selling Sunset’ is TV’s most addictive reality show 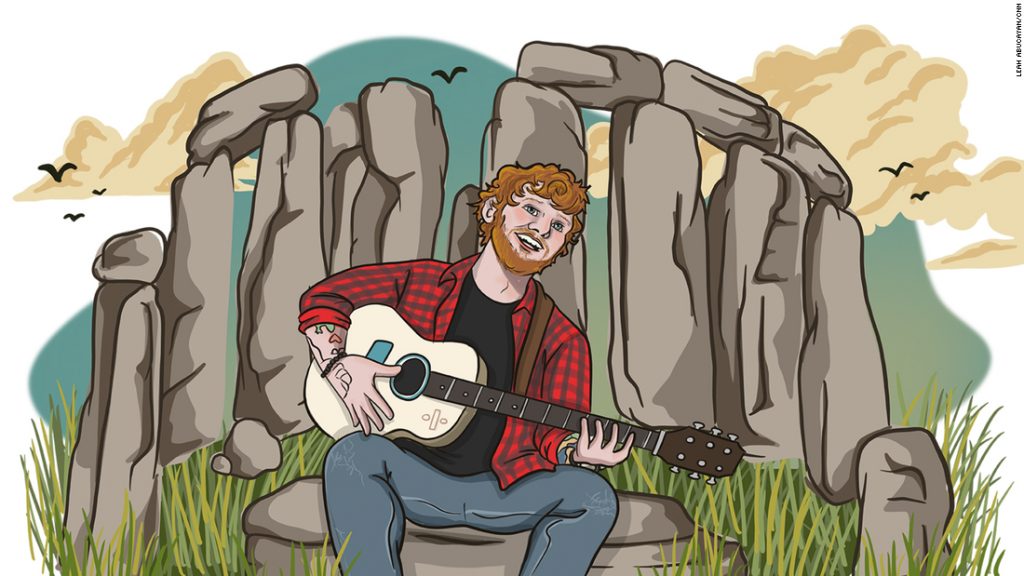 ‘Keeping Up With the Oppenheim Group’

I sometimes feel like a detective of things that don’t matter.
Want to solve a murder? Call someone with real skills. Have a petty point you want to make using evidence you find on the internet? Come sit by me.
For example, at some point during the summer, I noticed several cast members from “Selling Sunset” posted a series of photos from a yacht party but one cast member — token villain Christine Quinn — was not in any of the pictures. I immediately texted a fellow “Selling Sunset” watcher to ponder the absence, “Was she a no-show or not invited?” I asked. We then launched into some detective work that helped us form theories which, having already binged the upcoming fourth season, which was provided to press, I now know turned out to be true.
Read More
It was then that it dawned on me: With the Kardashians off the air, there’s only one family I want to keep up with these days — The Oppenheim Group.
I’m not sure when I started caring about the cast of “Selling Sunset,” but I am very invested. I am following almost all the cast members on social media, watching their Instagram stories, keeping up with the gossip stories — all the things one does when an on-screen personality becomes so compelling, you wonder what their life is like off-screen. It’s the formula that turned the Kadashians from reality stars into billionaires.
The difference here is that the wealthiest personalities on “Selling Sunset” might already richer than the least successful Kardashian.
Season 4 of “Selling Sunset” premieres on Netflix on Nov. 24.

A not-so-bitter ‘Pill’ to swallow

Elsewhere, Brian Lowry watched the new HBO documentary about Alanis Morissette, and still can’t quite figure out why she slammed it.
“‘Jagged’ is a perfectly fine HBO documentary about Alanis Morissette’s meteoric musical career, made puzzling by the controversy unleashed by her negative reaction to the film when it screened at the Toronto International Film Festival. It’s a reminder that people tend to take the way they’re depicted seriously, and — isn’t it ironic? — often see the bad more than the good.
Specifically, Morissette objected to a portion of the documentary and its ‘salacious agenda’ that discussed the way men hit on her when she was just 15 years old, and regrets that she harbors about that period in her life.
‘You’re not consenting at 15,” she says during the interviews, adding of the questions regarding why women don’t report sexual assaults right away, ‘Women don’t wait. A culture doesn’t listen.’
All told, those exchanges amount to about two minutes out of an otherwise wildly positive 97-minute documentary directed by Alison Klayman, which speculates about who inspired the song ‘You Oughta Know,’ the way Morissette was pressured about her weight and accused of being angry, and how her music opened doors for the female artists that followed her.
To a third-party observer with no dog in the fight, Morissette’s irritation seems misplaced, especially because she admits to having undergone ‘copious amounts of therapy’ to address her past, and how living under such public scrutiny is ‘not a normal social construct.’
Anyway, ‘Jagged’ kicks off a run of HBO music documentaries, to be followed by films about Earl ‘DMX’ Simmons, Kenny G, producer Robert Stigwood, and Juice WRLD under the “Music Box” banner. And at least the first one well worth watching, even if its subject doesn’t think that you should.”
“Jagged” premieres Nov. 18 at 8 p.m. ET on HBO, which, like CNN, is a unit of WarnerMedia.

In other docu-content (and there’s a lot of it this week), Lowry looks at the Apple four-part podcast-turned-series “The Line.”
“Dissecting the trial of Navy SEAL Eddie Gallagher, who was charged with war crimes after accusations from his own men, ‘The Line’ provides a sobering look at the horrors of war as well as what’s expected of those who fight in them.
Produced by among others Alex Gibney, the four-part Apple TV+ docuseries (and related podcast) includes interviews with Gallagher and his accusers, who present strikingly different accounts of what transpired in Mosul, Iraq, both in their interviews with the filmmakers and videotaped questioning from NCIS investigators.
Perhaps most notably, once Gallagher was charged his wife Andrea and brother Sean took the battle to conservative media, freely acknowledging that they used those conduits — particularly Fox News — to catch the eye of then-President Trump, who weighed in on Gallagher’s behalf.
‘They played the Fox fiddle beautifully,’ says former Navy Secretary Richard Spencer.
The SEALs who spoke up knew they were taking a chance that could endanger their careers but cite being alarmed enough by Gallagher’s actions to take that unusual step. Yet as key facets of the prosecution’s case crumbled, one team member interviewed anonymously says that at a certain point, “Everybody just gave up on justice.”
‘The Line’ captures the gung-ho mentality of these elite units, with member Dylan Dille likening serving in Mosul to ‘going to the Super Bowl.’
Whether that sports metaphor holds, ‘The Line’ makes a compelling argument that military standards didn’t represent the only line that might have been crossed in the course of the Gallagher case.”
“The Line” premieres Nov. 19 on Apple TV+.

Congratulations, Adele. Your concert at the Los Angeles Observatory drew more viewers than the 2021 Oscars. As executives at CBS pop champagne, I’d like to offer any other viewer-hungry networks my proposals for other concerts that would be worth watching.
Lady Gaga at the Great Wall of China. No censors invited Mariah Carey at the North Pole because where else would we send the Queen of Christmas?Taylor Swift at La Tomatina Festival. All the red she can handle. Celine Dion under the Northern Lights, so I can never stop crying.Ed Sheeran at Stonehenge. I’m not sure why but it works. Beyonce at Mt. Everest. I mean, she’s done everything else at this point.

PrevPreviousSam Asghari Says He Wants to Marry Britney Spears in ‘the Biggest Wedding in the World!’ (Exclusive)
Next‘Cowboy Bebop’ and ‘The Wheel of Time’ add to streaming’s quest for attentionNext