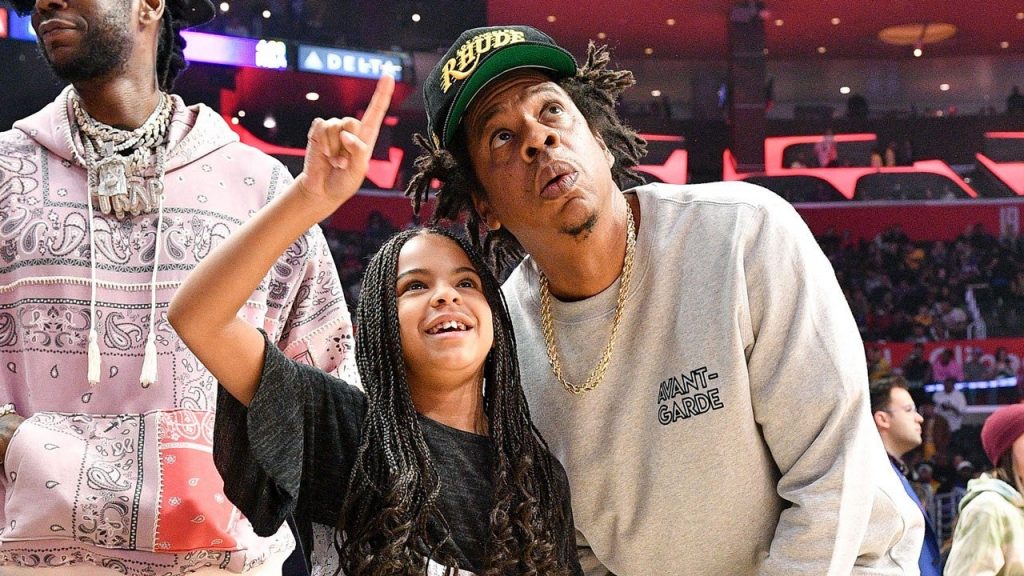 Blue Ivy Carter is honoring her dad, Jay-Z, by rapping a few of his famous lines. In a pre-recorded tribute video to her dad played during his induction into the Rock & Roll Hall of Fame last month, nine-year-old Blue joined mom Beyonce, siblings Rumi, and Sir, 4 and 30 other celebs who each took part in reciting a Jay-Z lyric.

“Congrats S. Carter, ghost writer. You paid the right price, so we just make your hits tighter,” a giggling Blue said, reciting a censored version of her dad’s 1998 track “Ride or Die.”

The video was shared publicly, shortly after the ceremony honoring the 2021 inductees aired Saturday on HBO.

Former president, Barack Obama, appeared in a separate video where he shared how he used Jay-Z’s track, “Dirt Off Your Shoulder” on the campaign trail when he was making his presidential bid in 2008, and again while celebrating the 50th anniversary of the Selma to Montgomery marches.

“I’ve turned to Jay-Z’s words at different points in my life, whether I was brushing dirt off my shoulder on the campaign trail, or sampling his lyrics on the Edmund Pettus Bridge on the 50th anniversary of the Selma march to Montgomery,” Obama said. “Today, Jay-Z is one of the most renowned artists in history and an embodiment of the American dream.”

Comedian Dave Chappelle was there to introduce Jay-Z, telling the audience that while he is being inducted into the Rock & Roll Hall of Fame, the rapper will always belong to the hip-hop community.

“It is an incredible honor to induct this next man into the Rock & Roll Hall of Fame,” Chappelle said. “But I need everybody in rock n’ roll to know, that even though you are honoring him, he is ours. He is hip-hop. Forever and ever and a day.”

The Foo Fighters, Tina Turner, Carole King and The Go-Go’s were also part of 2021 class of Rock & Roll Hall of Fame inductees.

For more on Jay-Z and his famous family, watch the video below.